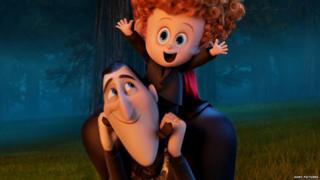 The film stars Adam Sandler as the voice of Dracula

Animated sequel Hotel Transylvania 2 has topped the UK box office in its first weekend on release.

The 3D fantasy comedy, featuring the voices of Adam Sandler, Andy Samberg and Selena Gomez, earned more than £6.3m over the weekend.

Gothic horror Crimson Peak, at number five, and The Lobster at nine were the top 10’s other new entries.

When it came out in …read more

Man Booker winner to be announced