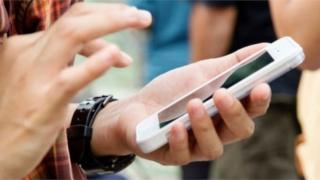 HSBC is launching voice recognition and touch security services in the UK in a big leap towards the introduction of biometric banking.

The bank says its internet banking customers will no longer have to remember a password or memorable places and dates to access accounts.

Barclays has already introduced voice recognition software, but it is only available to certain clients.

HSBC says its service will be offered to up to 15 million banking customers.

First Direct’s customers will be offered the voice and fingerprint recognition system over the next few weeks, followed by HSBC’s in the summer.

She said: “The launch of voice and touch ID makes it even quicker and easier for customers to access their bank account, using the most secure form of password technology – the body.”

Touch ID is currently available on all Apple mobile devices for both HSBC and First Direct. Customers must download the mobile banking app and follow the instructions to link their fingerprint to it.

Nuance Communications is supplying the voice biometrics technology, which works by cross-checking against over 100 unique identifiers including both behavioural features such as speed, cadence and pronunciation, and physical aspects including the shape of larynx, vocal tract and nasal passages.