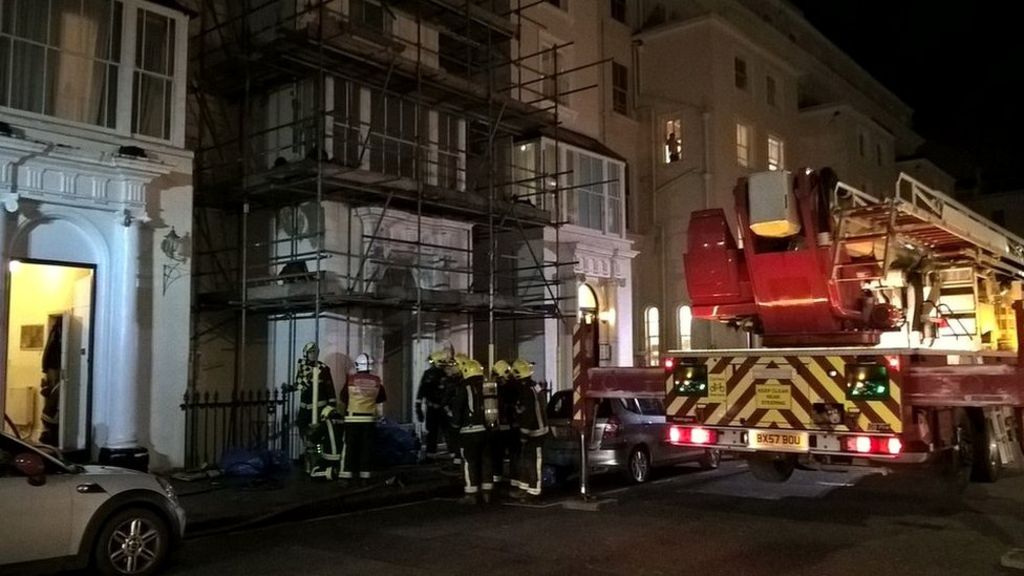 Hundreds of people were evacuated and three men taken to hospital after a fire broke out in a west London hotel.

Nearly 60 firefighters and eight fire engines tackled the blaze which started in the building’s basement in Princes Square, Bayswater, at about 23:00 BST.

London Fire Brigade (LFB) said the three men required treatment for smoke inhalation after they became trapped and had to be rescued by crews.

The cause of the fire is under investigation.

A spokesman said 200 people had left the hotel before crews arrived at the five-storey building.

Station manager Charles Hanks said crews had “worked hard to confine the fire to the basement and to stop it from spreading to the upper floors of the hotel”.

Prince William wants George and Charlotte to have...

Pound drops most in a year on EU...