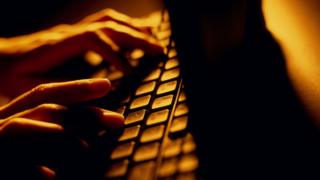 More than 680 people have been arrested in the past nine months for downloading indecent images of children, the National Crime Agency has said.

More than 90% of the people held were unknown to the authorities and hundreds of children are said to have been protected as a result of the arrests.

A new database of images is being used to help trace victims.

Forty of the UK’s 45 police forces were involved in the NCA-led operation, with arrests made across the country.

Simon Bailey, Chief Constable of Norfolk Constabulary and the lead on Child Protection for the National Police Chiefs’ Council, said officers were targeting those who they believed posed the greatest threat to children.

It doesn’t look like much – just a computer screen in a crowded office. But according to one senior police officer, the Child Abuse Image Database (CAID) is a …read more

Man arrested at Heathrow on suspicion of terrorism...

Thousands of motorists face delays due to sinkhole...