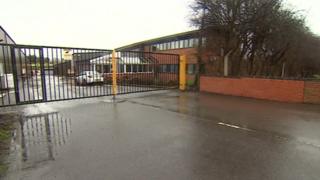 Redundancy for hundreds at Langley Mill and Mansfield door factories

Almost 400 people have been made redundant over the holiday period after a door manufacturing company closed.

Leaderflush Shapland, which has sites in Langley Mill in Derbyshire and Mansfield in Nottinghamshire, sent out redundancy notices on New Year’s Eve.

Administrators Deloitte said the firm had been under financial pressure for “some time”.

One employee, Colin Meakin, from Belper in Derbyshire, said: “It is just going to be hard and I am not confident I will be able to get a job.

More news and updates from Derbyshire

“We knew it was …read more