Rock legend Iggy Pop has given his backing to independent record labels in a royalties dispute with YouTube.

In June, YouTube threatened to block videos by acts signed to indie labels after they refused to sign a new deal.

Pop, delivering BBC 6 Music’s John Peel Lecture at the Radio Festival in Salford, said YouTube was “trying to put the squeeze” on indies.

In a wide-ranging speech, he also took aim at U2, BitTorrent, Megaupload and fans who do not pay for music.

The annual speech, named after the former BBC Radio 1 DJ, has previously been delivered by The Who’s Pete Townshend, Billy Bragg and Charlotte Church.

Iggy Pop, who is known as “the Godfather of punk” for his raw rock songs and raucous live shows, praised independent labels as some of the music industry’s “good guys”.

Indie labels look after acts including Adele, Arctic Monkeys and Radiohead, but have not yet signed a new agreement with YouTube over payment for their music.

The three major record labels have all agreed terms with the site. In July, more than 750 independent music labels worldwide formed a pact to seek fair treatment from streaming services. 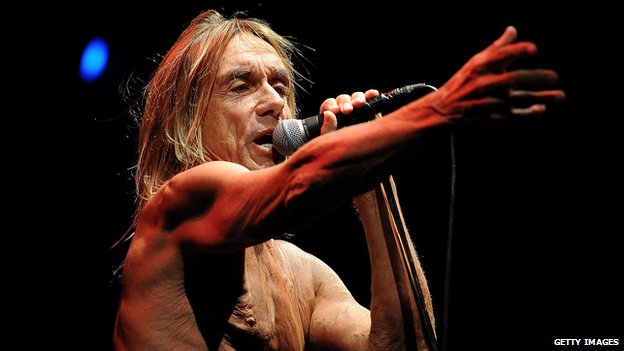 Pop said: “YouTube’s trying to put the squeeze on these people because it’s just easier for a power nerd to negotiate with a couple of big labels who own the kind of music that people listen to when they’re really not that into music. Which of course is most people.

“So they’ve got the numbers. But indies kinda have the guns. I’ve noticed that indies are showing strength at some of the established streaming services like Spotify and …read more

Get Lucky named song of the year