Imelda Staunton to star in Gypsy 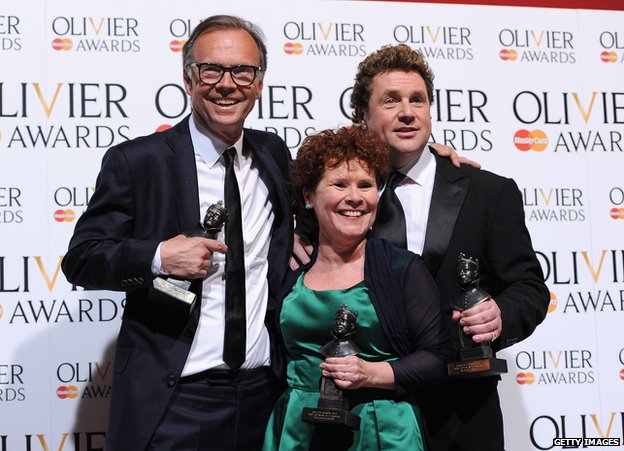 Imelda Staunton is to star in Gypsy at the Chichester Festival Theatre, reuniting her with the team behind the award-winning Sweeney Todd.

Lewis star Kevin Whately and Laura Pulver will also star in the Stephen Sondheim musical, which opens in October.

Jonathan Kent, who directed her as Mrs Lovett in Sweeney Todd, will direct Gypsy.

Sweeney Todd had its revival at the Chichester Festival in 2012, before transferring for an acclaimed West End run, which earned Staunton an Olivier Award.

Gypsy is based on the memoirs of Gypsy Rose Lee the famous burlesque artist.

It tells the story of a mother who travels across America with her daughters in search of success with their vaudeville act.

But as vaudeville loses its allure one of the daughters is drawn into burlesque and striptease.

The musical features classic songs including Let Me Entertain You and Everything’s Coming Up Roses.

Sherlock actress Pulver returns to Chichester to play daughter Louise following her performance in Uncle Vanya in 2012, while Whately will make his Chichester debut in the role of Herbie.