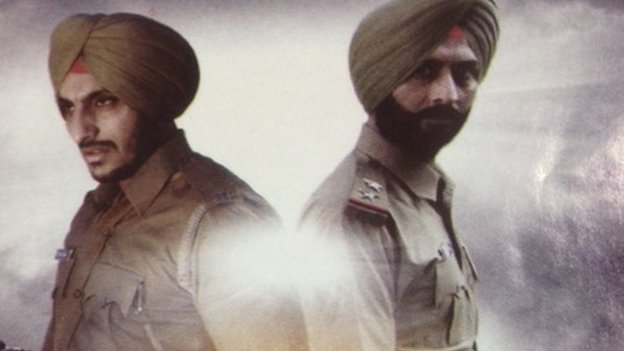 India has blocked the release of a film on the assassination of former Indian prime minister Indira Gandhi, after complaints it glorified her killers.

Intelligence agencies had warned of potential violence if it is released.

The film, Kaum De Heere, or Diamonds Of The Community, had been scheduled for release on Friday.

It tells the story of Ms Gandhi’s Sikh bodyguards who shot her dead apparently to avenge her decision to send troops in a deadly raid on the Golden Temple.

Sikhs say thousands were murdered when the army entered Sikhism’s holiest shrine in Amritsar to flush out militants.

Mrs Gandhi’s assassination triggered an outburst of communal violence targeted at Sikhs and more than 3,000 Sikhs were killed in attacks across India.

Late on Thursday India’s Central Board of Film Certification (CBFC) decided to halt the release “because of the law and order situation that might result from the showing of the film”, the Press Trust of India (PTI) news agency reported.

The film’s producer Ravinder Singh has defended his film vociferously, but has not yet responded to the latest decision.

“I followed the court case and the inquiry report into the assassination and spent a lot of time with Satwant and Beant Singh’s families before making the film,” Mr Singh told BBC Hindi.

“Films have been made about political assassinations all over the world, so why can’t a film be made on Mrs Gandhi’s assassination?” he asked.

But in Punjab the Congress Party – which Indira Gandhi led – threatened to carry out protests if the film was released and the party’s youth wing also wrote to Prime Minister Narendra Modi asking for the film to be banned, saying it presented …read more