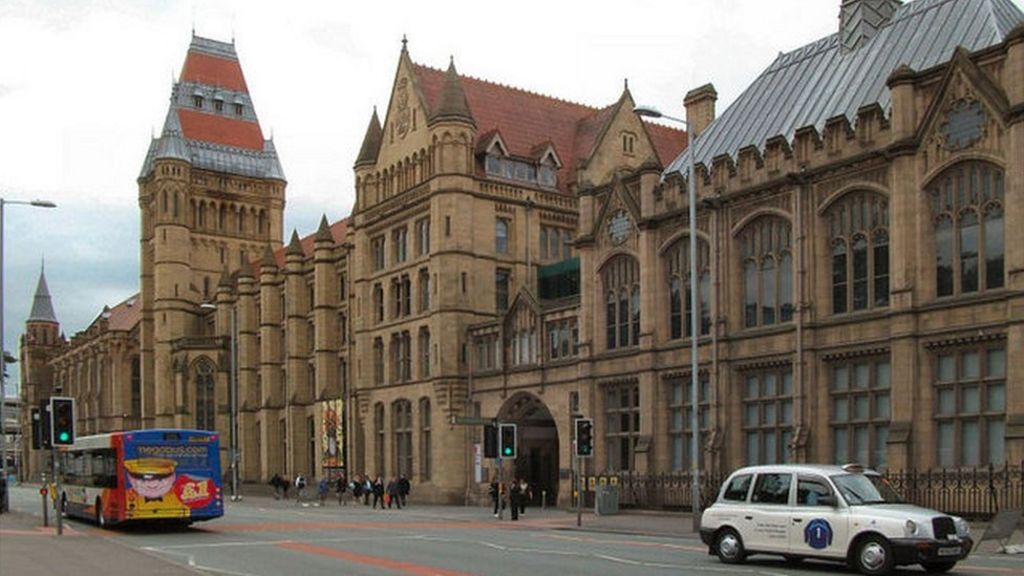 A museum is opening an inflatable version of itself for a tour of schools to help cope with rising demand for access to its exhibits.

Its blow-up version will also be used to encourage people from deprived areas to interact with exhibits.

One teacher said some families were “put off” museums due to “feeling intimidated by grand old buildings”.

Emma Martin, from Stanley Grove Primary School in Manchester, said it was also because of “transport costs and not knowing what there is to see”.

“By bringing the inflatable out to us, it will stimulate curiosity and build a bridge between our community and Manchester Museum.”

The museum, which is part of the University of Manchester, was opened in 1890 and received its highest number of visitors last year, attracting more than 450,000 people.

Designed by the architect Sir Alfred Waterhouse, it has become the UK’s largest university museum with about 4.5 million items, including exhibits from ancient Egypt.

A museum spokeswoman said the inflatable museum could be set up in 30 minutes and would allow children to handle objects and specimens from the collection.

Menaka Munro, learning manager at the museum, said recreating the atmosphere of the Victorian building was a “challenge” but the inflatable museum would “provide the ideal space for us to connect even more people with our wonderful collection”.