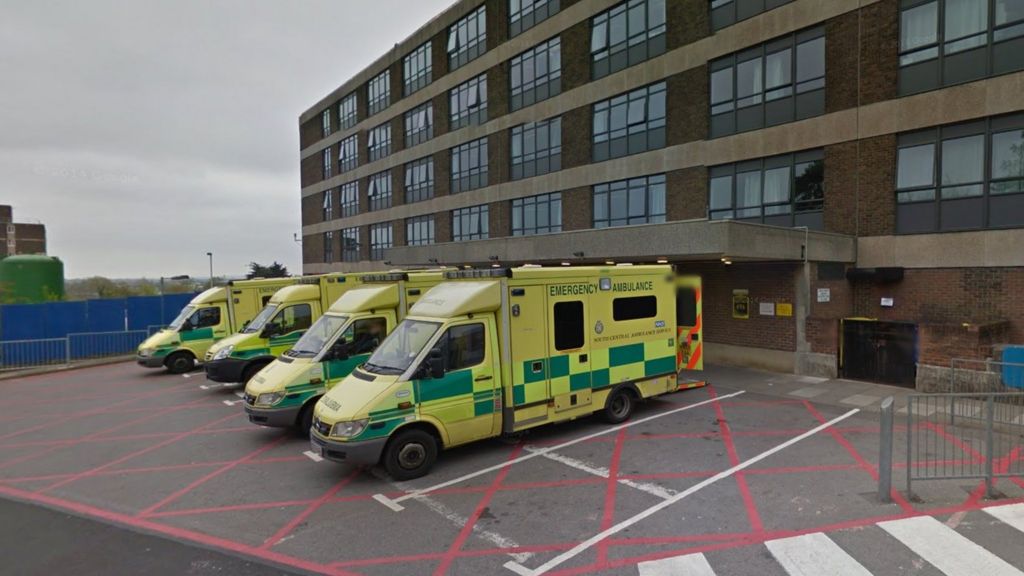 Health inspectors have condemned a “chaotic” hospital emergency department which they said was failing to keep patients safe.

The Care Quality Commission (CQC) found long queues of ambulances outside the Queen Alexandra Hospital in Portsmouth, while patients with serious symptoms waited hours to be assessed.

It gave the hospital an overall rating of “inadequate”.

The Trust gave no reason for Ursula Ward’s decision to stand down.

CQC inspectors, who visited in February and March, said the emergency department was “chaotic” with an “unacceptable” risk to patients.

At times, sixteen ambulances were stacking up outside the department, representing a third of the emergency ambulance fleet for Hampshire.

Inspectors found on 11 occasions, there were no ambulances available to respond to 999 calls.

Vulnerable patients including frail pensioners were left in ambulances for more than two hours.

The department was “severely overcrowded” with some patients waiting on trolleys, in corridors, or in a specialised “Jumbulance”, a large ambulance, parked outside.

Waiting times were among the worst in the country with almost a third of patients waiting more than four hours to be treated.

Patients with suspected life-threatening conditions such as stroke or sepsis were not assessed quickly, and one patient with potential heart failure waited more than 5 hours for a first assessment.

The CQC said the trust had been slow to improve despite warnings and had to take “immediate action” to protect patients, including ceasing the use of the Jumbulance.

The NHS trust’s Interim Chief Executive, Tim Powell, said: “We recognise the picture painted by the CQC in this report and we are very sorry that we have failed to provide to our patients, on a consistent basis, the high standards of care that we expect of ourselves.

“We fully accept the inspector’s findings and… we are determined to ensure that by… next winter, our …read more

March in support of Kids Company