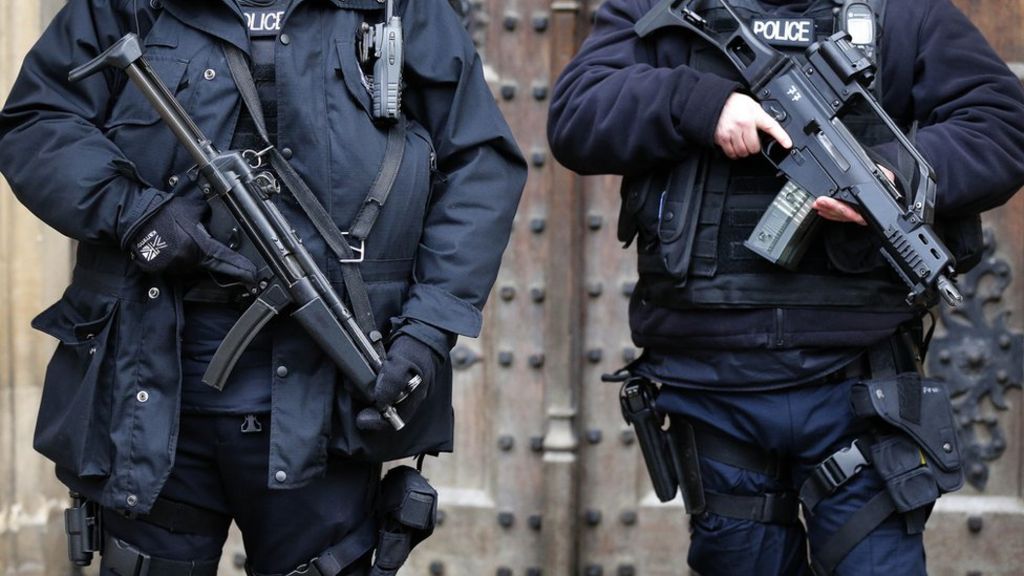 The so-called Islamic State group may be planning a “spectacular” attack in the UK, the national head of counter-terrorism policing has warned.

Assistant Commissioner Mark Rowley said there was evidence IS – also known as Daesh – was “trying to build bigger attacks” globally, including in the UK.

He said a large-scale attack was the “natural next step” for IS.

A number of attacks, including last year’s gun and bomb attacks in Paris, are believed to be inspired by IS.

Who are Britain’s jihadists?

There were 339 arrests in England, Wales and Scotland – the highest yearly figure.

Scotland Yard – which published the data – said there had been a 57% in the last three years compared with the previous three.

Although he would not be drawn on specific plans or operations, Mr Rowley said IS had expanded its ambitions from smaller-scale targets – often military personnel or police.

“In recent months we’ve seen a broadening of that. Much more plans to attack Western lifestyle, and obviously the Paris attacks in November.

“Going from that narrow focus on police and military as symbols of the state to something much broader,” he said.

“And you see a terrorist group which has big ambitions for enormous and spectacular attacks – not just the types that we’ve seen foiled to date.”

Mr Rowley said psychologists were being deployed to work with counter-terrorism units because of increasing concern that people with mental health problems were being radicalised.

The use of psychologists was becoming “increasingly standard” he said, adding: “Having that insight is critical.”

Hospital cuts planned in most of England