Home News IS video suspect thought to be Briton
News 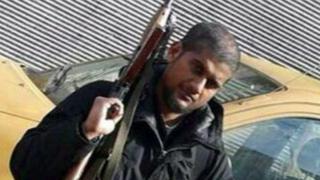 The chief suspect in the latest propaganda video by so-called Islamic State (IS) is thought to be British man Siddhartha Dhar, the BBC understands.

Mr Dhar is the focus for the security services’ study of the video, which purports to show the killing of five men who IS says were spying for the UK.

“A lot of people think it is him,” a source told the BBC, although there has been no official confirmation.

Newquay rescue: Man swept out to sea with...