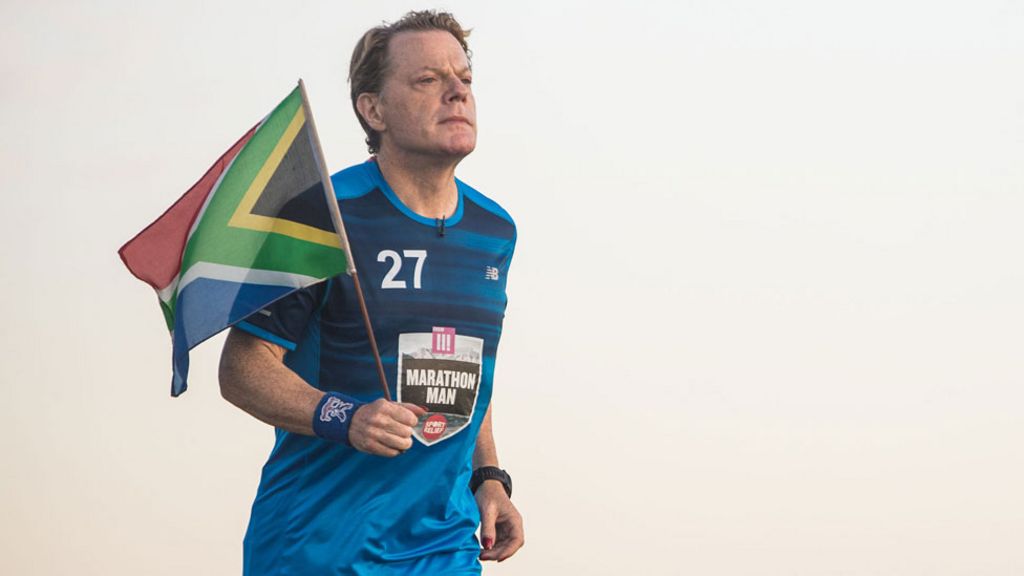 Comedian Eddie Izzard has completed his challenge in South Africa to run 27 marathons in 27 days for Sport Relief.

The 54-year-old had needed to run a double marathon on Sunday, finishing beneath a giant statue of Nelson Mandela in Johannesburg.

Izzard attempted a similar feat in South Africa in 2012 but had to pull out for health reasons.

It was confirmed earlier that the comedian’s endurance feat had raised more than £1m for the charity appeal.

“That was very, very tough,” he told reporters on Sunday as he swigged from a celebratory bottle of sparkling white wine.

The 27 marathons were intended to reflect the 27 years Mr Mandela had spent in prison before becoming South Africa’s first black president.

The Coral – Chasing The Tail Of A Dream

How to compose music for horses