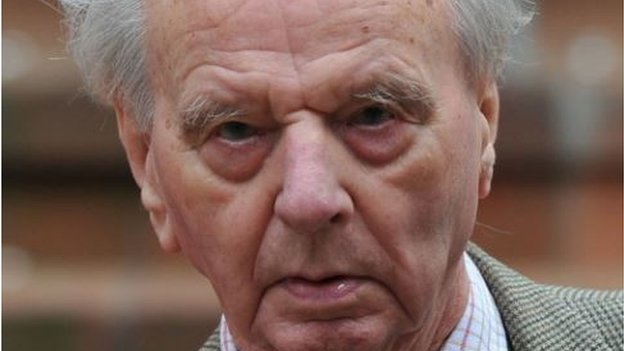 A child sex abuse suspect’s accuser has said he is “devastated” by the decision to halt the 97-year-old’s trial.

Proceedings against former head teacher Jack Mount, which had been split into three parts, were ended this week due to his ill health.

An ex-pupil, who had been set to appear at the third trial, said he and others had been denied their “day in court”.

Mr Mount was found not guilty after the first trial, and during the second a jury cleared him of three charges.

They were discharged after they failed to reach verdicts on other counts.

The former head of Brookside School in Ludlow, Shropshire, denied 50 offences alleged to have taken place between 1954 and 1979.

Judge Geoffrey Mercer QC ruled the third trial should not proceed in light of the defendant’s deteriorating condition.

The former pupil said he had been struggling to come to terms with the judge’s decision.

“I am absolutely gutted I did not get to have my say,” he told the BBC.

“I’ve had to lock it all away in my mind for all these years, and this was to be the time I was going to be able to tell my story.

“I do not think the case should have been split into three trials because it has dragged on and on. And now it has been dismissed because of his age and health.

“This should have been one trial and one jury.”

Mr Mount suffers from Parkinson’s disease, is visually impaired and uses hearing aids. He had an intermediary to assist him during the trials and cue cards were used to signal when he required a break, or could not hear proceedings.

Because of his age and health, the charges, which related to seven complainants, were set to be tried in three parts.

The judge ruled the case could be heard …read more