Jack White has cancelled his remaining concerts in Mexico after the keyboard player in his backing band, Isaiah “Ikey” Owens, died on tour.

The 38-year-old musician was found dead in his hotel room in Puebla. The cause of his death has yet to be established.

Owens, from California, had played in other bands including The Mars Volta and had worked with the former White Stripes star since 2012.

White and his backing musicians were due to play further concerts in Mexico, including shows in Guadalajara and Monterrey.

A statement posted on the websites of White and Third Man said: “It is with great sadness that we tell the world of the passing of the incredible musician Isaiah ‘Ikey’ Owens.

“He will be missed and loved forever by his family, friends, bandmates and fans. 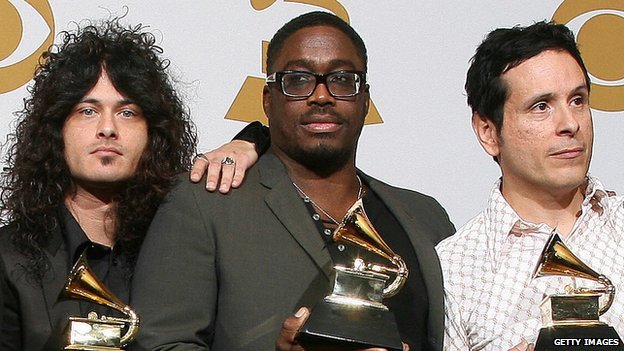 “Ikey Owens was an astounding keyboard player in Jack White’s backing band. He also played with Mars Volta, Free Moral Agents, and many other projects.

“Out of respect for Ikey, the remaining shows of the Jack White Tour in Mexico have been cancelled.

“We will all miss you Ikey. You were and are an incredible artist.”

The keyboardist performed on both of White’s solo albums and was a regular fixture in his backing band The Buzzards.

Owens, along with the rest of the Mars Volta, won a Grammy Award in 2009 for best hard rock performance.