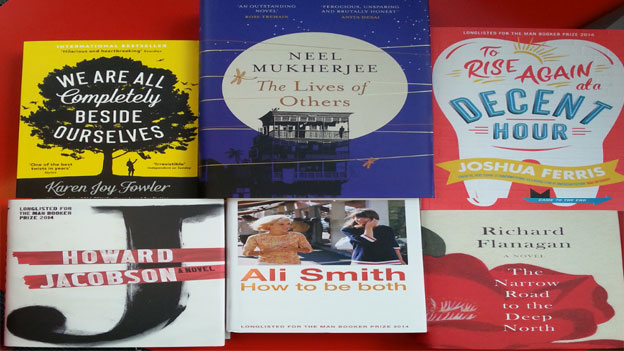 The books were whittled down from a longlist of 13

Former Booker winner Howard Jacobson is among the three British writers, two Americans and an Australian to make this year’s shortlist.

It is the first year the prize has included US writers, having previously included those from the Commonwealth, Ireland and Zimbabwe.

Jacobson, who won the prize in 2010, is nominated for his futuristic love story J. It features two main characters who inhabit a world where the past is not spoken about and is shrouded in suspicion, referred to as “What Happened, If It Happened”.

He won in 2010 for his comic novel The Finkler Question, beating contenders including double winner Peter Carey.

Ferris’s third novel, To Rise Again at a …read more

Stars due at Attenborough memorial

Kim Kardashian will appear in the all-female Ocean's...

Ellen lauded for gay rights influence as she...