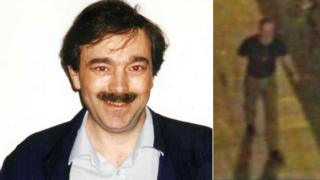 A man has been sentenced to four years for killing a postman two decades ago during an argument about littering.

Andrew Batten, 42, died after being punched by Anthony John McDonnell during a disagreement over a drinks can in Vicar Lane, Leeds in October 1995.

McDonnell, 45, of Whitebridge Avenue, Leeds, was caught after renewed police appeals on the 20th anniversary of what police called a “needless act”.