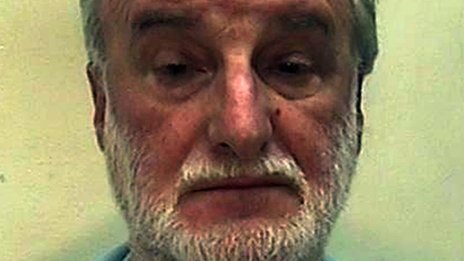 A man who harassed his neighbour for years has been barred from returning to his former home on release from jail.

Kenneth Ward was jailed for five years in 2011 after admitting exposure, harassment and firearms offences.

Changes to a sexual offences prevention order made at Teesside Crown Court enabled the order to be imposed.

The court previously heard Ward had a stash of weapons at his home and committed a sex act while on his victim’s property.

Ward is expected to be released from prison in the next few days.

He repeatedly exposed himself over a period of seven years, the court heard.

In one episode, he had walked naked on to his victim’s property and committed a sex act while watching her through binoculars.

More on this and other local stories in North Yorkshire

And when police went to the military memorabilia collector’s home to investigate, they found grenades, machine guns, bayonets and ammunition.

Victim Mandy Dunford, of Chop Gate, North Yorkshire, has said she would move if he was allowed to return.

Describing her ordeal Ms Dunford, a retired police worker, said: “After years of suffering, a friend hid in my house and we gathered lots of evidence.

“It was relentless, until the first light of day until night, [he was] waiting in the bushes outside my house.”

She had campaigned for the sexual offences prevention order to be changed, saying it featured a “farcical” exclusion zone meaning he could “stand metres outside my door”.

Speaking outside court, Ms Dunford said: “I am absolutely elated. I’ve been fighting everyday relentlessly for five years for this change.

She said: “Today was make or break – it meant either I’ve lost my life, and had the weekend to get out… but it went my way and now I’ve got my life back.”

Battle of the Somme: Queen to lead centenary remembrance events

Bed-blocking patient evicted after two years 'did not...