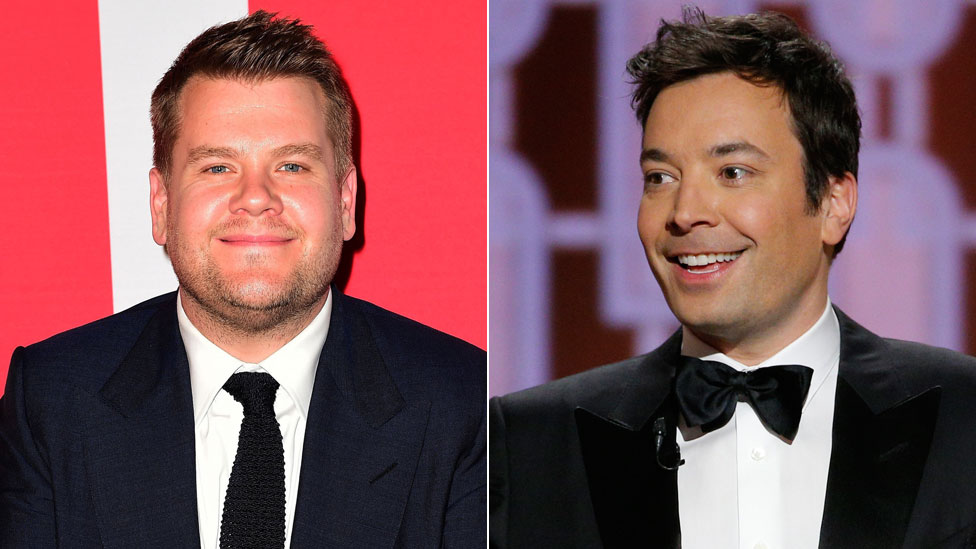 Fallon had been criticised for failing to ask tough questions when the presidential candidate appeared on The Tonight Show in September.

Instead, Fallon did a light-hearted interview during which he ruffled Mr Trump’s hair.

Corden said Fallon had faced “quite a lot of criticism” that was “really unfair”.

Cordon, who hosts The Late Late Show on US channel CBS, said: “I don’t think anyone asked [President Trump] the right questions,” he said.

“I don’t think anyone took him to task or asked the questions that were needed.”

Fallon’s interview took place two months before the US presidential election – which saw the Republican nominee beat Hillary Clinton in a close election.

Speaking at PaleyFest TV, Corden refused to say whether he would invite the US president to appear on his own programme.

But he did reveal a game he would play with President Trump if he were a guest – called “Stand By It or Take It Back”.

Corden said: “I would read things Donald Trump had said on the campaign trail and you’ve got two panels, you can stand by it or take it back.

“If you take it back, it’s taken back forever. If you stand by it, you’ve got to tell me why. I felt like that was such a good game.”

Corden also recalled bringing Mr Trump on stage during the Broadway run of the One Man, Two Guvnors play in 2012.

“I spanked him, I got him lifting up stuff, I fired him, it was great,” Corden said.

Fallon defended his interview just after its broadcast, saying: “Have you seen my show? I’m never too hard on anyone. We’ll have Hillary [Clinton] on tomorrow, and we’ll do something fun with her too.”

US actress Diana Douglas dies at 92