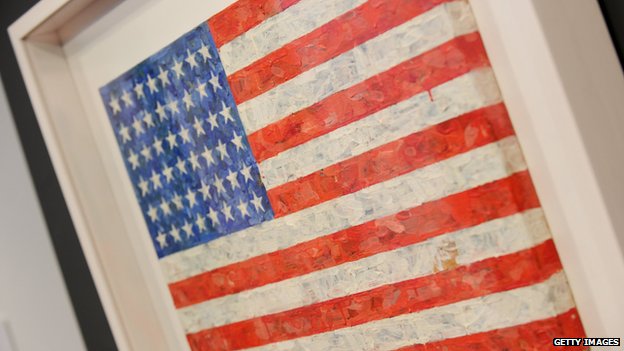 Johns is known for his use of flags in his art

An assistant of American painter Jasper Johns has pleaded guilty to selling artworks worth $6.5m (£3.9m) he stole from the artist’s studio

James Meyer, 52, stole 22 artworks deemed not completed by Johns and sold them to buyers who agreed they would be kept private for eight years.

Johns, 84, is known for his use of flags and numbers in his art.

Meyer, who faces up to 10 years in prison, was an assistant in Johns’ Connecticut studio for 25 years. 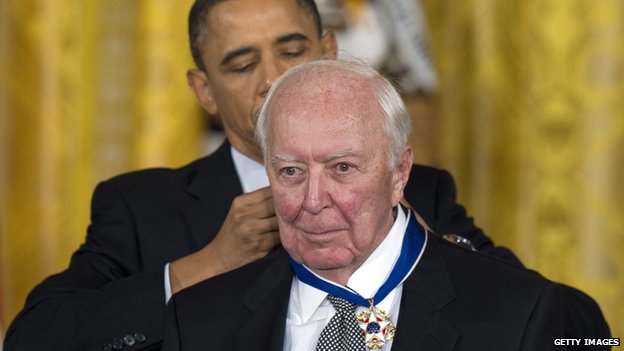 He pleaded guilty on Wednesday to one count of interstate transportation of stolen property and admitted moving the art works from the studio to an art gallery in Manhattan from 2006 to 2011.

“James Meyer made millions by stealing and selling the valuable artworks that he was entrusted with maintaining,” prosecutor Preet Bharara said in a statement.

“With his guilty plea today, Meyer will now have to pay for that decision.”

He also created fake inventory numbers and pages in a ledger book of registered Johns artwork to further assure the gallery owner the works were authorised.

The gallery sold the works for $6..5m, with Meyer eventually receiving $3.4m.