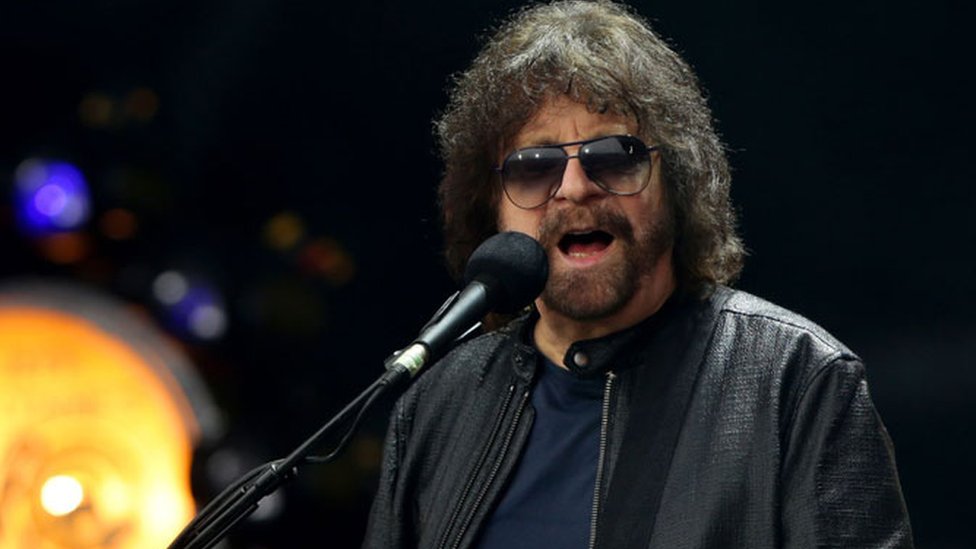 Jeff Lynne’s ELO have burst onto the Pyramid Stage to play the Sunday afternoon “legend slot”, as the heavens opened over Glastonbury.

Backed by a full string section, the band opened with the 1976 track Evil Woman followed by Showdown.

A crowd of thousands watched the show, but the band couldn’t quite match the numbers who turned out for Dolly Parton in 2014 or Lionel Richie last year.

Many of the spectators confessed they were unfamiliar with the band’s music, apart from Mr Blue Sky.

“My mum would’ve killed me if I didn’t come to see them, to be honest,” one told the BBC.

“My dad likes them,” added another. “He used to listen to them in the car, so I thought I’d come along.”

But many were won over by the band’s luxuriant rock symphonies.

Coldplay will top the bill at the Pyramid Stage at 21:30 BST, setting a record as the first band to headline the festival four times.

Their show promises to be visually spectacular, with 100,000 interactive LED wristbands distributed to the audience, which will pulse in time to the music.

Pop singer Alessia Cara, who is supporting Coldplay on their current European tour, said the set would be a “psychedelic” blast of colour.

“It’s the biggest show I’ve ever seen in my life,” she told the BBC. “It’s just boom, boom, boom, one thing after another, and it looks like a kaleidoscope.”

“We’re in a time when a lot of things separate and divide us – Brexit, walls – so hopefully our concerts are saying the opposite at the moment,” he told the Guardian.