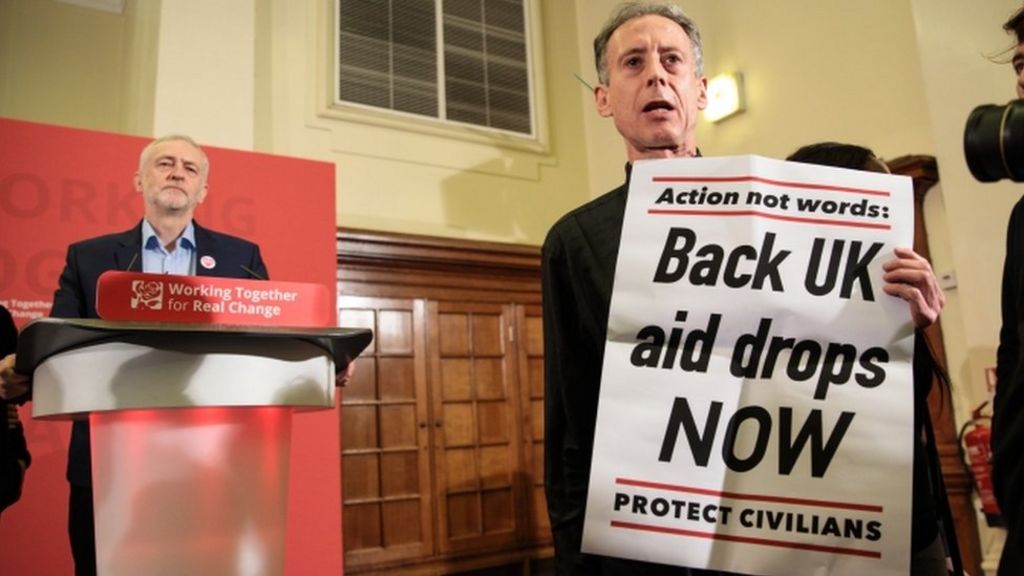 Human rights campaigners have disrupted a Jeremy Corbyn speech in protest at Labour’s response to the war in Syria.

They stood in front of the Labour leader, and held up posters calling for aid drops and sanctions against Russia, as he began a speech on human rights.

Peter Tatchell, who was leading the protest, said Mr Corbyn had not spoken out enough to demand the aid.

But Mr Corbyn said Labour believed the war in Syria should end and aid should be given to people in war-torn Aleppo.

Hundreds ill due to 'norovirus outbreak at restaurant...