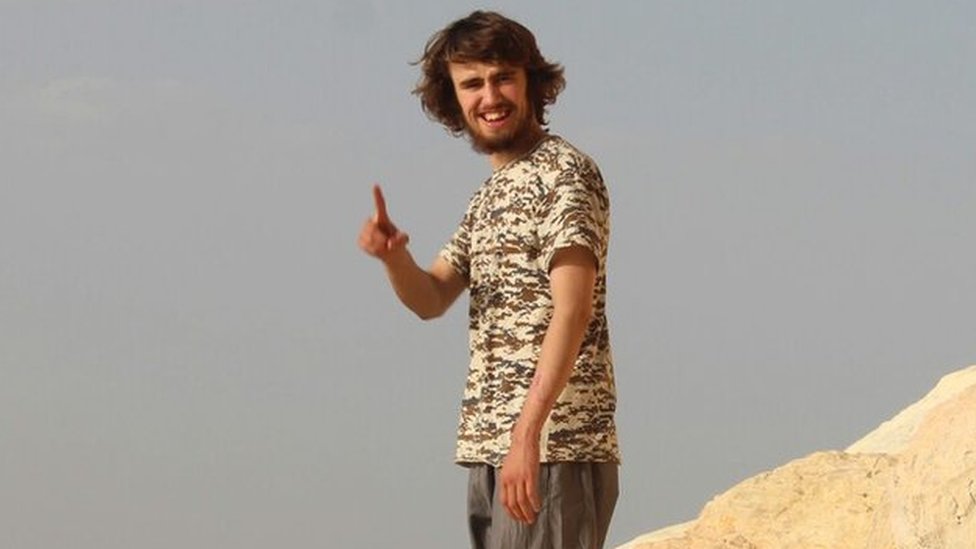 But speaking to Channel 4 News, 20-year-old Jack Letts, from Oxford, said he “opposes a non-Islamic system” and has no plans to return home.

Police have confirmed Mr Letts has been under investigation since March 2015.

His parents John Letts, 55, and Sally Lane, 54, have been charged with funding terrorism after they allegedly sent him money.

Mr Letts told Channel 4 News in a telephone interview: “I came here searching for the truth, and people of the truth, and I don’t regret that I came.”

He said the UK government might consider him a terrorist because he “opposes a non-Islamic system and manmade laws” but he is not “currently” a fighter.

And he insisted he is not a member of the so-called Islamic State group, adding: “Nor do I agree with lot of what they follow.”

But Mr Letts did say he misses eating “kebabs, and Krispy Kreme doughnuts”.

Mr and Mrs Letts are due to stand trial in London on 9 January.

Child photographed in armlock on train to Manchester