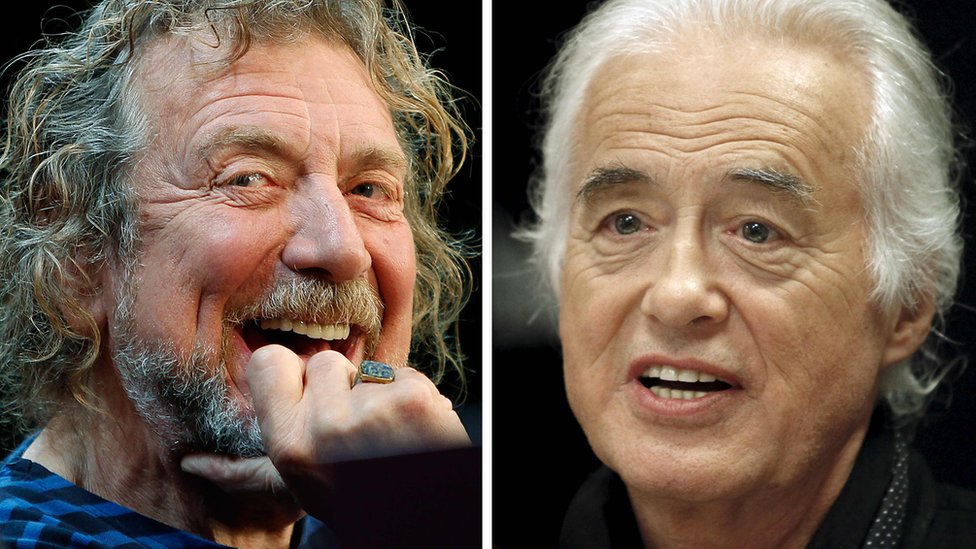 Led Zeppelin’s guitarist Jimmy Page has denied stealing the riff to Stairway to Heaven, as he took the stand at a copyright trial in the US.

The rock band are accused of lifting the opening guitar line from Taurus, a 1967 track by the band Spirit.

But Page testified that he had never heard the song until people started posting comparisons online a few years ago.

“I knew I had never heard that before,” he said. “It was totally alien to me.”

He added: “When it started, I was confused by the comparison… [I thought] ‘What’s this got to do with Stairway?'”

Page admitted to owning several Spirit albums, but only remembered buying two of them, neither of which contained Taurus.

Under questioning, he conceded that he did own a copy of the band’s self-titled debut, on which the track appears, but could not recall how it came to be part of his collection – which amounts to 4,329 albums and 5,882 CDs.

His testimony was delivered to a room packed full of journalists, fans and curious onlookers. The musician arrived carrying a guitar case, raising the prospect that he might play the riff in question, but that did not happen.

Led Zeppelin are being sued by the estate of Spirit’s late guitarist, Randy Wolfe (who performed under the name Randy California).

Michael Skidmore, who represents the estate, claims Page or singer Robert Plant heard Taurus during the late 1960s and copied it for Stairway To Heaven.

During Wednesday’s hearing, Skidmore’s lawyer Francis Malofiy referred to Page as a “session musician” and “the alleged composer” of Stairway, and said the band had become famous by making other people’s music their own.

However, Malofiy was admonished by several times by US District Judge R Gary Klausner for asking irrelevant questions and labouring his point.

He first drew the judge’s ire with a prolonged series of questions about Led Zeppelin’s interviews in the 1960s and 70s, many of which Page did not recall.

As Malofiy continued to ask Page whether he had ever talked about being a fan of Spirit, Judge Klausner interrupted, saying: “How many times can we beat a dead horse?”

Overall, 50 objections were sustained against the prosecution. At one point during Malofiy’s questioning, Judge Klausner yelled out “sustained!” before the defence even had time to raise their objection.

A lot of the day’s testimony centred around Led Zeppelin’s live debut in America, in December 1969, when they shared the bill with Spirit.