Joan Rivers’ funeral to be held 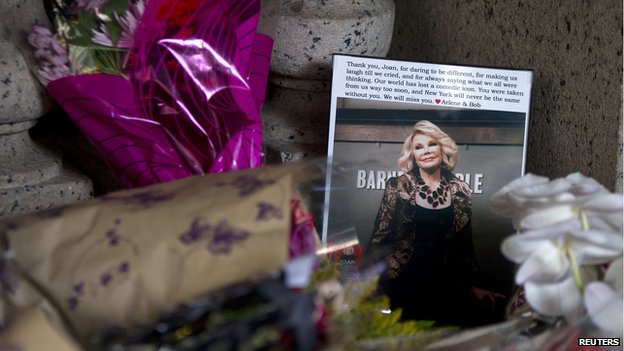 Family and friends will say farewell to Joan Rivers when the comedian’s funeral takes place in New York later.

There is expected to be a star-studded guest list for the service at the Temple Emanu-El in Manhattan.

Few details have been revealed, but reports have suggested there will be a red carpet that will later be buried with the star.

Rivers, 81, died on Thursday, a week after suffering a cardiac arrest while having a routine medical procedure.

The outspoken star famously wrote in 2012 how she wanted her funeral to be “a huge showbiz affair”.

She added: “I want paparazzi and I want publicists making a scene! I want it to be Hollywood all the way. I don’t want some rabbi rambling on; I want Meryl Streep crying, in five different accents.” 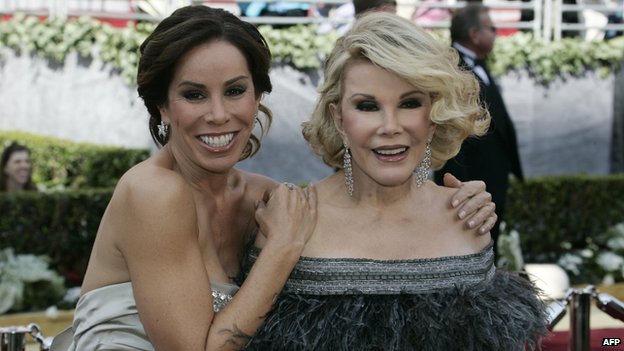 In what has been billed as her final interview in The Sunday Times, she said she had given her daughter Melissa strict instructions on who should not be allowed to attend her funeral – but did not say who was on the list.

Tributes for the comedy queen have flooded in from figures ranging from David Letterman and Whoopi Goldberg to Prince Charles, who praised her “unstoppable sense of humour and… enormous zest for life”.

Senior Rabbi Joshua M Davidson, who will conduct the service on Sunday, said in a statement: “We mourn with her family, friends and all those millions to whom …read more

May 'will not return to Top Gear'

Bake Off nominated for Rose D'Or