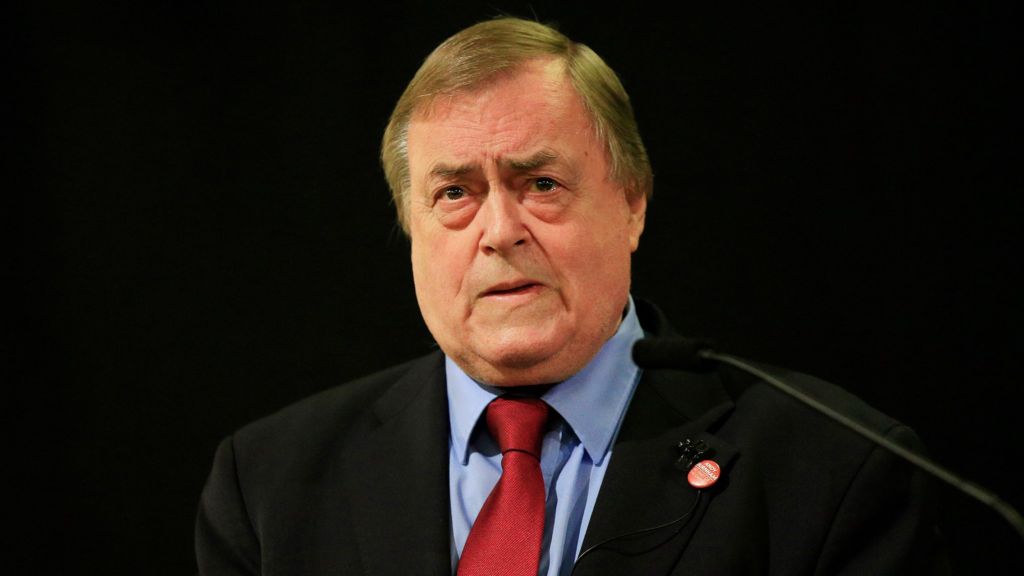 John Prescott, who was deputy prime minister when Britain went to war with Iraq in 2003, says the invasion by UK and US forces was “illegal”.

Writing in the Sunday Mirror, he said he would live with the “catastrophic decision” for the rest of his life.

Lord Prescott said he now agreed “with great sadness and anger” with former UN secretary general Kofi Annan that the war was illegal.

He also praised Labour’s Jeremy Corbyn for apologising on the party’s behalf.

Lord Prescott also said Prime Minister Tony Blair’s statement that “I am with you, whatever” in a message to US President George W Bush before the invasion in March 2003, was “devastating”.

“A day doesn’t go by when I don’t think of the decision we made to go to war. Of the British troops who gave their lives or suffered injuries for their country. Of the 175,000 civilians who died from the Pandora’s Box we opened by removing Saddam Hussein,” he went on.

Lord Prescott said he was “pleased Jeremy Corbyn has apologised on behalf of the Labour Party to the relatives of those who died and suffered injury”.

He also expressed his own “fullest apology”, especially to the families of British personnel who died.

The former deputy PM said the Chilcot report had gone into great detail about what went wrong, but he wanted to identify “certain lessons we must learn”.

“My first concern was the way Tony Blair ran Cabinet. We were given too little paper documentation to make decisions,” he wrote.

No documentation was provided to justify Attorney-general Lord Goldsmith’s opinion that action against Iraq was legal, he added.

The report by the UK’s Iraq War inquiry, chaired by Sir John Chilcot, was published last week. It said estimates of the threat posed by Iraqi weapons of mass destruction were presented with …read more