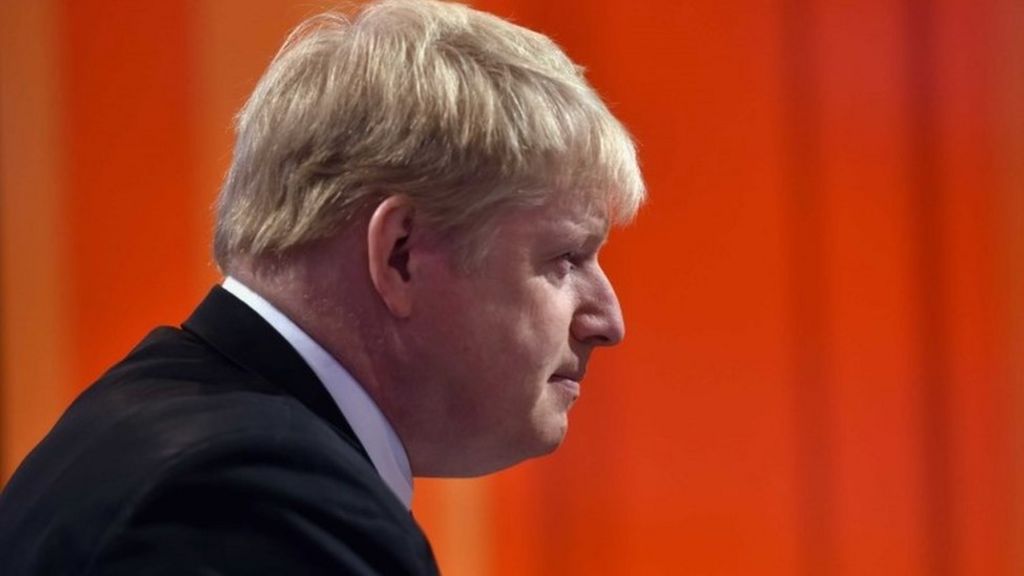 Boris Johnson’s office has warned senior officials at London’s City Hall not to speak out in favour of staying in the European Union.

An email from his chief of staff, Edward Lister, seen by the BBC, tells deputy mayors and senior advisers to “either advocate the mayor’s position or otherwise not openly contradict it”.

The Mayor of London has accused pro-EU campaigners of trying to gag opponents.

His spokesman said the ruling applied only to those on “official business”.

Mr Johnson was “relaxed” about members of his team campaigning on either side in a personal capacity, the spokesman added.

The instruction, in an email sent on 4 March, was circulated just 24 hours before Mr Johnson accused pro-EU campaigners of trying to silence those arguing for Brexit who he claimed were being “crushed by the agents of Project Fear”.

Repeating his concerns about ensuring open debate during the referendum campaign when speaking to the BBC on Monday night, the mayor said it was “wrong” that John Longworth, the former boss of the British Chambers of Commerce, had not been able to articulate his pro-Brexit views.

Mr Longworth was suspended and subsequently resigned after saying the UK’s long-term prospects could be “brighter” outside the European Union.

The order from his chief of staff not to allow Mr Johnson’s team to express their views or contradict him appears to contrast with the mayor’s public statements on the importance of an open and public debate.

But the mayor’s official spokesman said: “The mayor is relaxed about any of his team of advisers in a personal capacity campaigning for or supporting either side in the EU referendum.

“He wants to see an open and inclusive debate, and recognises that some of his advisors have differing views to those he holds.

“In his role as chief of …read more