Jolie said Zamperini, who died in July, had been “full of love and life”

Actress and director Angelina Jolie has recorded a tribute to Louis Zamperini for a Radio 4 documentary about the late Olympian and prisoner of war.

In the programme, to be broadcast on Friday, Jolie calls Zamperini “one of the greatest people I’ve ever met”.

“He was somebody that was so full of love and life and it was contagious.”

Jolie has made a film about Zamperini, entitled Unbroken, that dramatises his experiences at the 1936 Berlin Olympics and during World War Two.

Born in 1917 in New York state, Zamperini competed in the 5,000 metres at Berlin before enlisting in the US Army.

He served as a bombardier during the war and survived 47 days adrift on a raft after his plane crashed into the Pacific.

Eventually picked up by a Japanese patrol, he spent the next two years in prison camps before finally returning home. 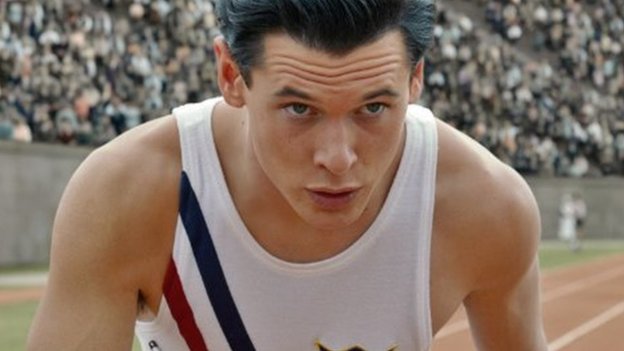 He went on to become a devout Christian and devoted his life to teaching the importance of forgiveness.

Zamperini, who is played by British actor Jack O’Connell in Jolie’s film, died in July at the age of 97.

“They say to never meet your heroes because they disappoint you, but Louis was my hero,” the actress will be heard telling historian Dr Uta Balbier in Friday’s tribute.

“He reminded me of the power of the individual spirit and a sense of purpose, and overcoming obstacles.

“If you were around him you became a better person who looked at life differently and it helped to remind me of that.”

US allows use of drones for filming

Spectre to be title of next Bond film