Angelina Jolie has said the US must “lead the way” against torture in its policies.

“Any country in a leading democracy must set an example,” she said.

It comes after a report last week revealed the “brutal” treatment of terror suspects by the CIA in its post-9/11 interrogation program.

Jolie’s latest film, Unbroken, tells of Olympic athlete Louis Zamperini who was held as a Japanese prisoner of war during World War Two.

“So if we are to be who we represent ourselves to be as Americans and as a democracy, we have to lead the way and handle ourselves in a manner which is respectful to other human beings.” 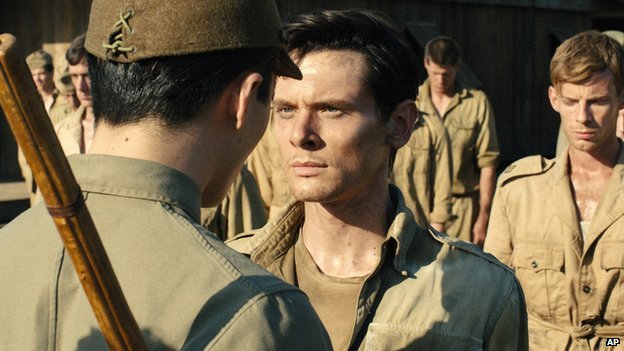 Olympian Louis Zamperini, who is played by British actor Jack O’Connell in Unbroken, was held captive as a Japanese prisoner of war during World War Two

She added: “We must hold ourselves accountable for what we do and how we behave – we have to be leaders in this world and we have to do the right things and make the right choices.

“If we want everyone to behave in a certain manner we must lead the way.”

The actress became a UN goodwill ambassador in 2001, and has met many displaced refugees in Sudan, Pakistan and Afghanistan during her field missions.

In 2012 she was made a special envoy, representing the UN …read more