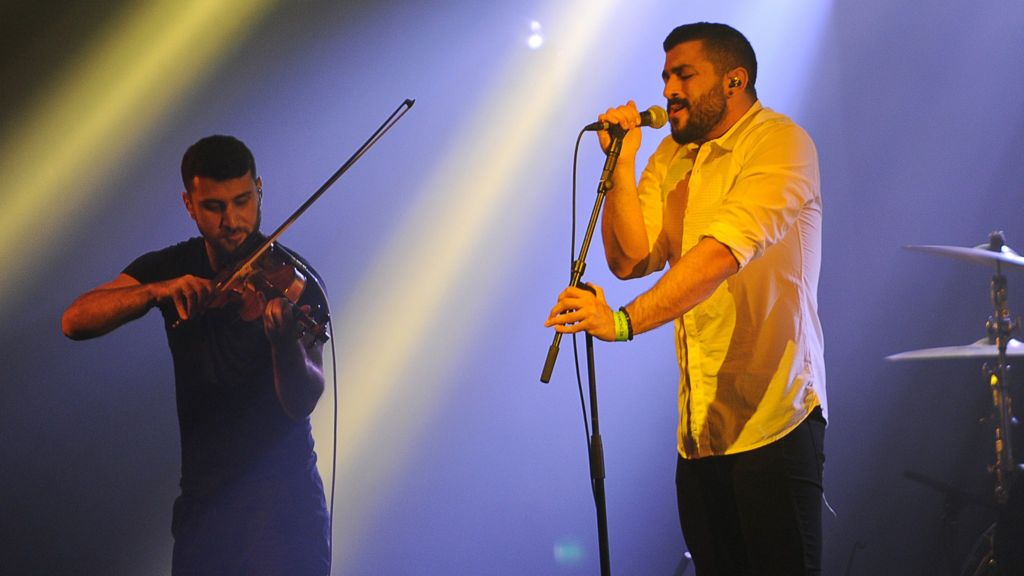 A Lebanese rock band says it has been banned in Jordan because its music supports religious and sexual freedom.

Mashrou’ Leila was to play in the Roman amphitheatre in Amman on Friday, but the concert was cancelled on Tuesday.

The band said the official explanation was that its music was at odds with the “authenticity” of the site, despite having performed there three times.

Mashrou’ Leila’s lead singer is openly gay – and the band tackles taboos that few other Arab musicians have explored.

The five band members, all former students at the American University of Beirut, came together in 2008 and have amassed a large following across the region.

In a post on its Facebook page, Mashrou’ Leila announced that it would not be able to play at Amman’s amphitheatre this week as scheduled, citing the organisers as saying the “performance would have been at odds with what the ministry of tourism viewed as the ‘authenticity’ of the site”.

“Informally, the story is much more problematic. We have been unofficially informed that the reason behind this sudden change of heart, few days before the concert day, is the intervention of some authorities,” the band added.

“Our understanding is that said authorities have pressured certain political figures and triggered a chain of events that ultimately ended with our authorisation being withdrawn.”

“We also have been unofficially informed that we will never be allowed to play again anywhere in Jordan due to our political and religious beliefs and endorsement of gender equality and sexual freedom.”

Amman governor Khalid Abu Zeid told the Associated Press on Wednesday that the group had been banned because its songs “contradicted” religious beliefs, and not because its music went against the amphitheatre’s historic ambience.

Mashrou’ Leila denounced what it called the “systemic prosecution” of voices of political dissent and of advocates of sexual and religious freedom, and the censorship of artists.

But the band also asked the Jordanian government to “reconsider its stance”.

Jordan is one of the Arab world’s most liberal countries.

The constitution stipulates that Islam is the religion of the state, but provides for freedom to practice one’s religion in accordance with local customs unless this violates public order or morality.

While homosexuality is not illegal, societal discrimination against lesbian, gay, bisexual and transgender people is prevalent and they are targets of abuse, according to the US.