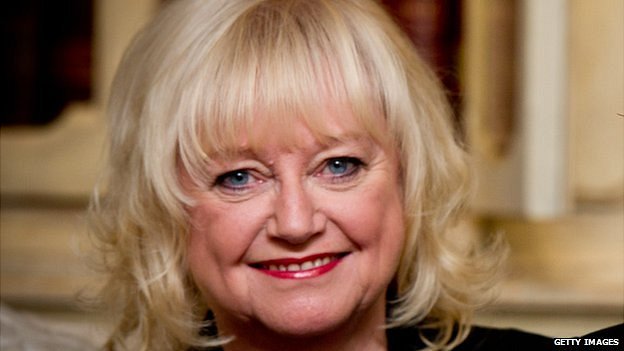 Judy Finnigan had ruled out returning to TV

Former This Morning presenter Judy Finnigan is returning to TV as a panellist on Loose Women.

Finnigan, who found fame hosting This Morning with her husband Richard Madeley, has been largely off screen since their chat show ended in 2009.

Finnigan will be a new regular panellist alongside Gloria Hunniford and Penny Lancaster – the photographer wife of Rod Stewart.

Sharon Osbourne will also return to the show as a guest co-host.

Richard and Judy launched the popular ITV daytime show This Morning in Liverpool in 1988.

They worked together hosting TV shows for 21 years but were last seen on digital channel Watch in 2009, where the audience for their chat show dropped as low as 8,000.

Since then, Finnigan has written a novel and the couple have continued with their popular Book Club, which they started on This Morning.

In 2010, the couple said they had no plans to return to TV either together or apart, saying they did not “miss it in the slightest”.

But Finnigan said she couldn’t resist the offer from Loose Women.

“I know I said I wouldn’t go back on the telly, but actually I’m looking forward to occasionally contributing to lively conversations between a group of outspoken and intelligent women.”

Game of Thrones: Jim Broadbent to have 'significant'...