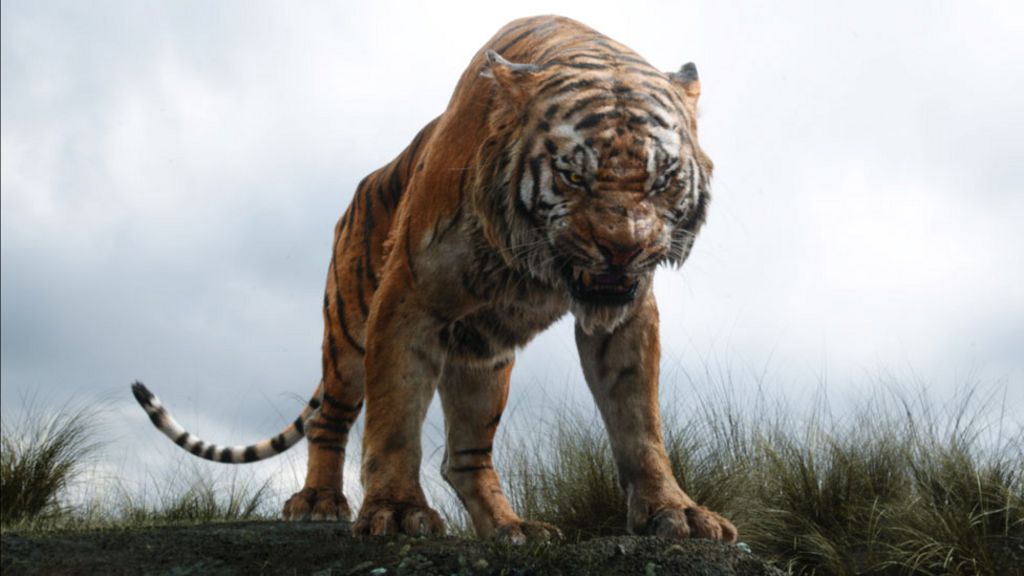 Disney’s new version of The Jungle Book has taken a big bite out of the US box office, topping it with $103.6m (£73.1m) in its opening weekend.

According to the studio, Jon Favreau’s film also made an estimated $136.1m (£96m) outside the US and Canada.

Disney has achieved success of late with transforming its classic cartoons into live-action remakes, including Alice in Wonderland, Cinderella and Sleeping Beauty makeover Maleficent.

The Jungle Book is is a mixture of live action featuring Neel Sethi as Mowgli, with the rest of the footage created with animation.

It features computer-generated versions of such familiar characters as Baloo the bear, Kaa the snake and Shere Khan the tiger.

Bill Murray, Scarlett Johansson and Idris Elba lend their voices to the roles, with Christopher Walken and Sir Ben Kingsley voicing other characters.

Slapstick comedy The Boss slipped to third place in its second weekend in cinemas, taking $10.2m (£7.2m) between Friday and Sunday.

Batman v Superman: Dawn of Justice and Disney animation Zootopia – released as Zootropolis in the UK – round out this week’s top five.

Gallery to set up sculpture award