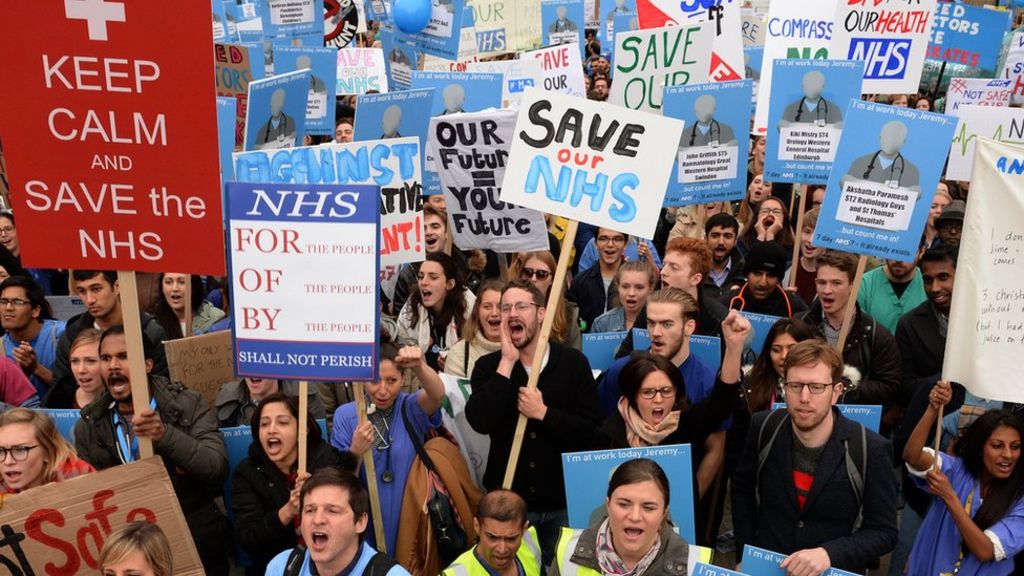 Junior doctors are to take part in three more strikes and launch a judicial review as part of their fight against the government’s decision to impose a new contract in England.

The announcement by the British Medical Association comes two weeks after ministers said they would force the changes on doctors from the summer.

But the BMA says it is unfair.

The three strikes in March and April will each last 48 hours, although emergency cover will be provided:

BMA junior doctor committee chair Dr Johann Malawana said the government still had an opportunity to avert the action by re-entering talks with the BMA to reach a compromise on the contract.

“The government must put patients before politics, get back around the table and find a negotiated solution to this dispute,” he said.

The BMA believes it has found a legal grounds that the government may have overlooked when moving to impose the controversial new contract for junior doctors.

Under the Equality Act 2010, there is an onus to show ‘due regard’ to equalities issues. The BMA is challenging the government on this.

The news comes hours after the government’s former patient safety adviser has said ministers were wrong to impose the contract.

Prof Don Berwick, who led a review for government on safety three years ago, said there should be a three-year moratorium on the imposition of the new contract.

He said the NHS had a “demoralised” workforce and needed to find another way out of the “mess”.

Speaking at an event in London at the King’s Fund think-tank, Prof Berwick said: “You cannot achieve excellence in combat with your future workforce, it makes no sense at all.

“So you need to find …read more