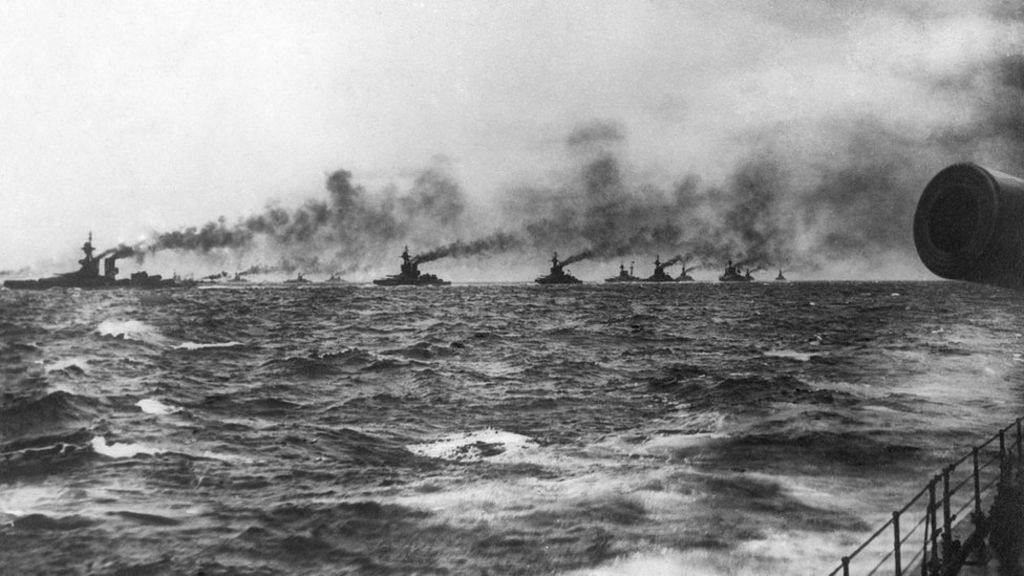 Relatives of the seamen who fought in the Battle of Jutland have been asked to share their stories to mark the centenary of the largest naval battle of World War One.

Both sides claimed victory with Germany losing 11 ships and Britain 14.

However, the German surface fleet failed to significantly challenge the British again during the war.

The British Grand Fleet had sailed from Rosyth, Cromarty and Scapa Flow to repel the German High Seas Fleet fighting to break a British blockade.

The British lost 14 ships and the Germans lost 11

The British flagship was HMS Iron Duke which was under the command of Admiral Jellicoe
It is also the battle which the Queen’s father – the then Prince Albert, Duke of York – took part in. He was mentioned in despatches for his action as a turret officer aboard HMS Collingwood
Both sides claimed victory

TV broadcaster and naval historian Dan Snow said: “Jutland is one of the greatest sea battles of all time.

“It decisively affected the outcome of the First World War and thus the course of the 20th century.

“It was the apogee of 400 years of naval warfare which saw battleships fire guns at each other; the last major battle before the advent of aircraft changed war at sea forever.

“The experience of the men involved or the terrible fate of those sailors trapped on doomed ships deserve to be remembered.

“Digital memorials like Lives of the First World War help to ensure that they will be.”

The memorial currently includes a memoir from Signalman Reuben Poole, who was among the seamen rescued from the stricken HMS Warrior and taken to Scotland for recovery on 2 June 1916.

He said: “The wounded were passed across the starboard after gun turret to the (HMS) Engadine.

“One unfortunate wounded man fell between the two crashing ships.

“Bravely, Lieutenant FJ Rutland, the seaplane pilot of Engadine, risked being crushed to death and went over the side to rescue the wounded man.

“The Albert medal was awarded to Lieutenant Rutland for his gallant act. To me Scotland was a beautiful sight after the horrors of the battle.”

Missing killer 'could be a risk to public'

Rise in 'smart drug' use at university