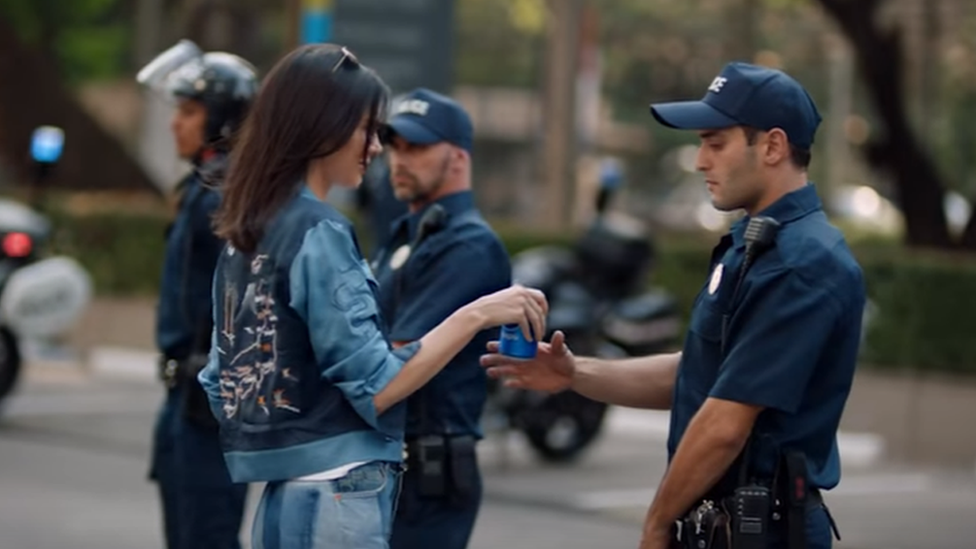 Kendall Jenner’s been accused of undermining the Black Lives Matter movement in her new advert for Pepsi.

In it, she leaves a photoshoot to join protesters calling for love and peace, before handing a can to police as a peace offering.

The officer cracks a smile and the crowd cheers.

Critics think the ad’s based on recent protests over police brutality against black people in America.

It’s been criticised for painting a privileged, white supermodel as a peacemaker between civil rights activists and police.