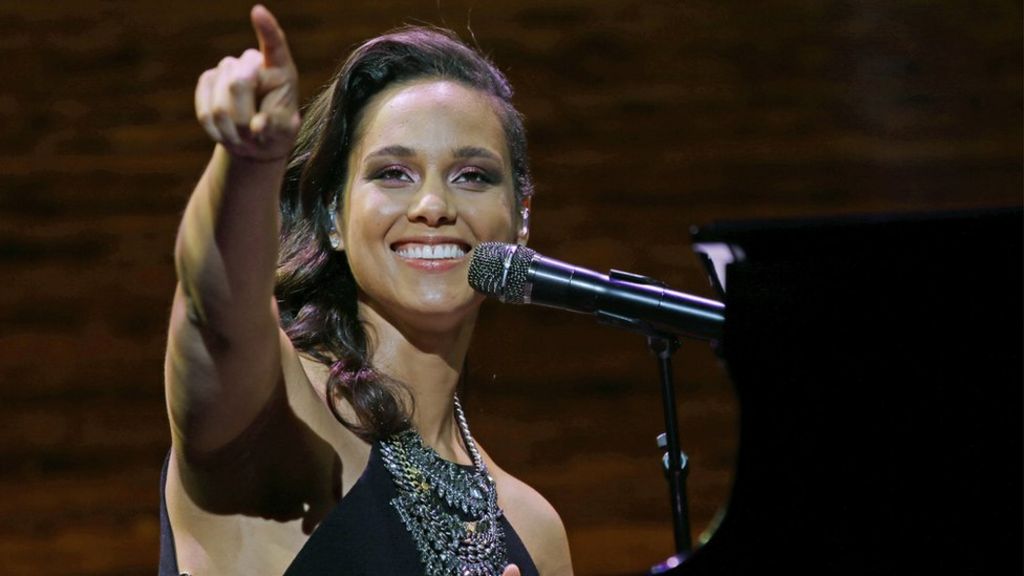 Alicia Keys is to become the first singer to play live at the opening ceremony of the Champions League Final.

The show will see the singer perform to around 80,000 people in Milan’s Stadio Giuseppe Meazza on 28 May and to TV audiences in over 220 countries.

Keys, who will be debuting new music in the show, said playing to such a huge audience was “pretty insane”.

Keys, who recently joined Season 11 of NBC’s The Voice in the US, said she was looking forward to returning to Italy, a place that feels like home to her.

“My mother’s family is from Italy, so whenever I go, I always feel the most loved,” she said.

“I feel like it’s a homecoming of love in a lot of ways.”

Uefa said Keys’ performance will usher in a new live entertainment era for the final, which intends to “merge the worlds of world-class music, entertainment and sports, as well as celebrate design and fashion as a nod to the host city, Milan”.

“This is going to be a powerful moment in history and one that represents the spirit of all the similarities we share no matter where we live and who we are,” Keys said.

“I’m honoured to be a special part of such a beloved experience.”

Uefa has previously opened its top club event with large-scale dance performances, traditionally accompanied by the tournament’s official song, the Tony Britten-composed Champions League, performed by a choir or played from a recording.

The 2011 opening ceremony at London’s Wembley Stadium saw Tinchy Stryder perform a specially-written rap about the game between Manchester United and Barcelona.

Mulder and Scully to reopen X-Files