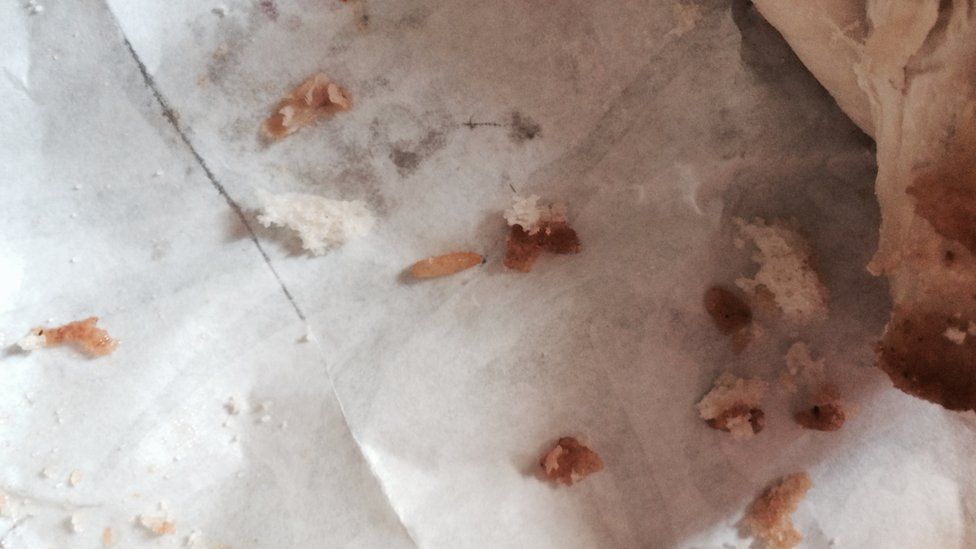 Wayne Mitchell said the experience had put him off all meat

A KFC diner found what he thought was a maggot in a box of chicken he was part-way through eating.

Wayne Mitchell made the find at the fast-food giant’s takeaway outlet in Oldbury, in the Black Country.

Mr Mitchell, of Ladywood, Birmingham sent the “contaminated” meat to KFC on 22 June and was told he would get a response within a month, but the firm has admitted the meat was not tested.

KFC said it was now investigating “as a matter …read more