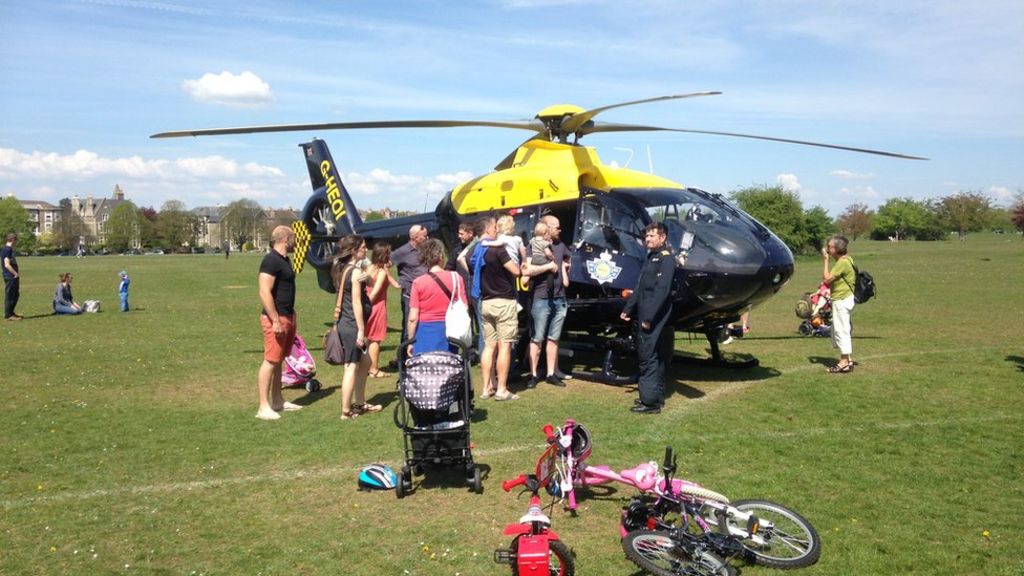 A police helicopter landed on an area of Bristol parkland to order a high-flying kite enthusiast to bring down his craft.

The helicopter swooped on Durdham Down at about 14:40 BST on Sunday, with air crew reporting the kite was soaring 1,000 feet (300m) up in the air.

No action was taken against the man, who was told the flying limit was 240 feet (73m).