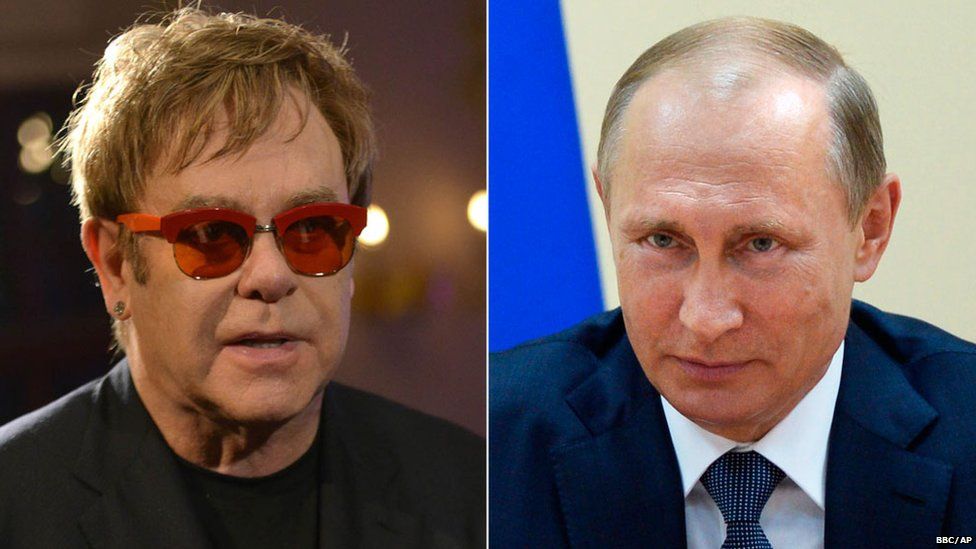 From the section Europe

The Kremlin has firmly denied that President Vladimir Putin contacted pop star Sir Elton John, who has said he wants to talk to him about gay rights.

Sir Elton had said he wanted to talk to Mr Putin about his “ridiculous” stance.

Later, a message on the musician’s Instagram account thanked Mr Putin for “reaching out” in a phone conversation.