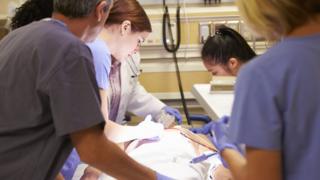 The government’s promise of a £3.8bn financial boost for the NHS in England next year has “unravelled”, the Labour Party has said.

But Labour said the money would be swallowed up covering hospital deficits – which are expected to reach £2bn this year – and higher pension costs.