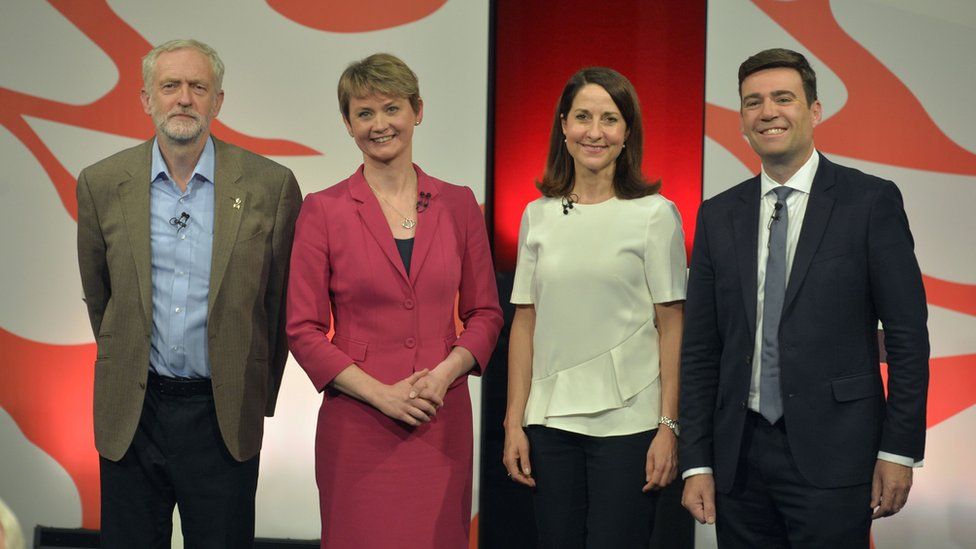 The Labour Party is preparing to announce its new leader after a turbulent three-month campaign.

Left-wing anti-austerity MP Jeremy Corbyn, an outsider when he first entered the race, is seen as favourite.

He is up against former ministers Yvette Cooper and Andy Burnham and shadow minister Liz Kendall.

The winner will be announced at a conference in central London at about 11:30 BST, with Labour’s new deputy leader unveiled beforehand.

Coverage of the results starts at 11:00 BST on BBC2 and BBC Radio 5 live, with live updates on the BBC politics website throughout the day.

Voting deadline was midday on Thursday, 10 September
Where will the winner be announced? At a special conference at the Queen Elizabeth II Conference Centre in London
Conference timings: It begins at 11:00 BST, with the result of Labour’s deputy …read more