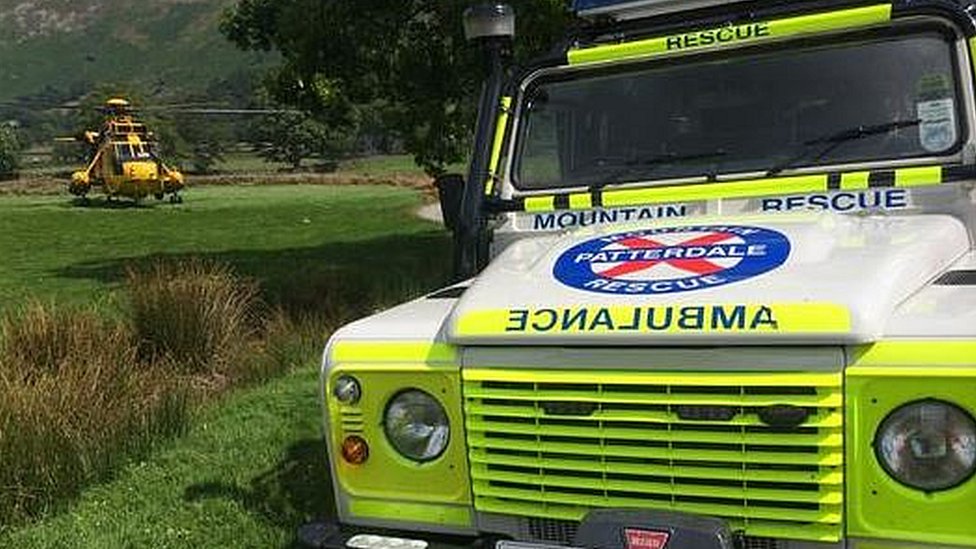 A fell runner plunged about 160ft (50 metres) in the Lake District while taking part in a two-day marathon event.

Rough terrain meant an air ambulance had to land in a nearby valley, resulting in a 25-minute trek before the injured man in his 20s was reached.

He was taken to hospital in Preston and is said to be in a stable condition with head injuries.

A spokesman for the Great North Air Ambulance said: “Due to the severe nature of the terrain the helicopter was unable to land near to the casualty.

“Instead it landed in the valley bottom from where the aircrew doctor and paramedic team made their way on foot to the casualty site .

“The climb took approximately 25 minutes, after which the man was placed onto a mountain rescue stretcher and lowered to the valley floor by Patterdale Mountain Rescue team.”

Cameron urges voters to 'think of children' before...

No punishment for man who raped girl, 12