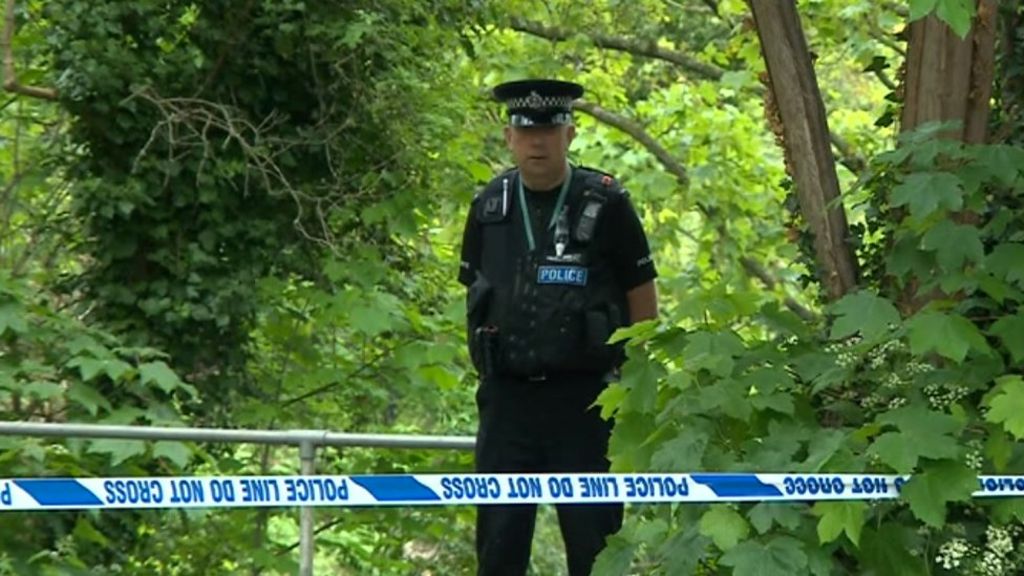 A fishing lake is to remain sealed off for at least a week after three dogs died and seven others fell sick.

Kent Police said the animals, who were all being walked by a minder, had been drinking from Brooklands Lake in Powder Mill Lane, Dartford.

The water has been “completely closed” to anglers and walkers while the Environment Agency runs tests.

The surviving animals will undergo further assessment at a vet for “unidentified poisoning”.

Lindsey Olney from Bexleyheath’s six-month-old boxer puppy, Stanley, was one of the dogs which died.

Ms Olney, who dropped her pet off with a dog minder on Tuesday morning, said she was “devastated and heartbroken”.

“They told me one of the other dogs started to have fits, she said.

“So they put all of the dogs into the car then my puppy dog started fitting as well.

“They gave him CPR and drove him to the vets. They had their stomachs pumped.”

Dartford Borough Council leader Jeremy Kite said: “It is heartbreaking. Everyone knows how important dogs are to families. To lose one is appalling, to lose several in these circumstances is absolutely outrageous.

“My suspicion is this is probably an isolated incident, some form of contamination, whether it is on the lake or the paths we do not know.”

A spokesman for Kent Police said no criminal offences had been committed and the matter was being handed by the council and the Environment Agency.

“The lake will remain closed for a least a week whilst the Environment Agency carry out tests and police are asking people to avoid the area,” he added.

The Environment Agency said water samples were being taken.

Although it was not believed any fish had been harmed, fishing at the lake has been suspended.