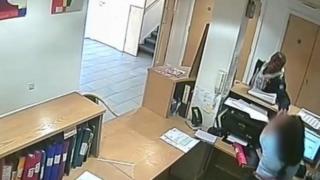 The church pastor said the suspect ‘masqueraded’ as a mourner

A laptop was stolen during the funeral of a six-year-old boy after it was used during the service to show photographs of him, the Metropolitan Police said.

Police said the theft of the computer, which contained precious photos, had distressed the family of Norris Tashan-Javan Martin, who was known as TJ.

It was taken on 2 November from the Pentecostal City Mission Church in Scrubs Lane, Willesden.

A suspect was shown on CCTV laughing with a receptionist before the theft.

More on this …read more

Pay gap details to include bonuses