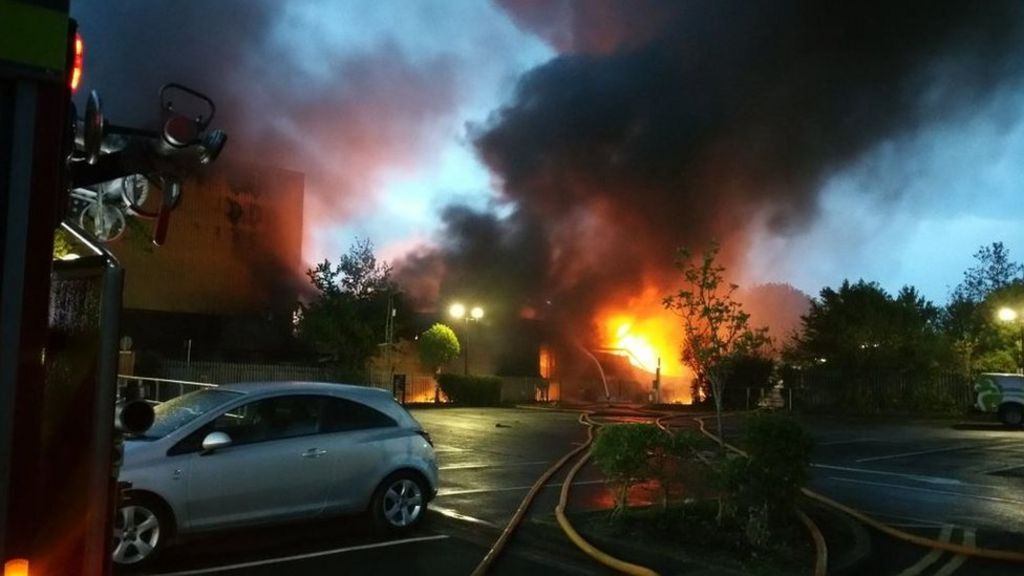 A large fire has broken out at a plastics manufacturer in Lancashire.

Firefighters were called to Walton Summit business park in Bamber Bridge at 02:50 BST after a unit containing large quantities of fuel caught fire.

About 60 firefighters are tackling the blaze, which they said “escalated very quickly”. There are no hazardous materials at the site.

Residents in the area are being advised to keep doors and windows shut due to the smoke. Nearby roads are closed.

Lancashire Fire and Rescue Service area manager, Simon Fryer, said the fire is under control but urged people to avoid the area.

He said the building “was occupied at the time and processes were taking place” and “due to the fuel that’s inside the building, it escalated very, very quickly”.

RAF man fights off armed muggers in US

Police hunt after string of sex attacks on...

RSPCA should be stripped of prosecution powers, say...

Dock leap fugitive may not be released

PM Theresa May makes case for 'our precious...