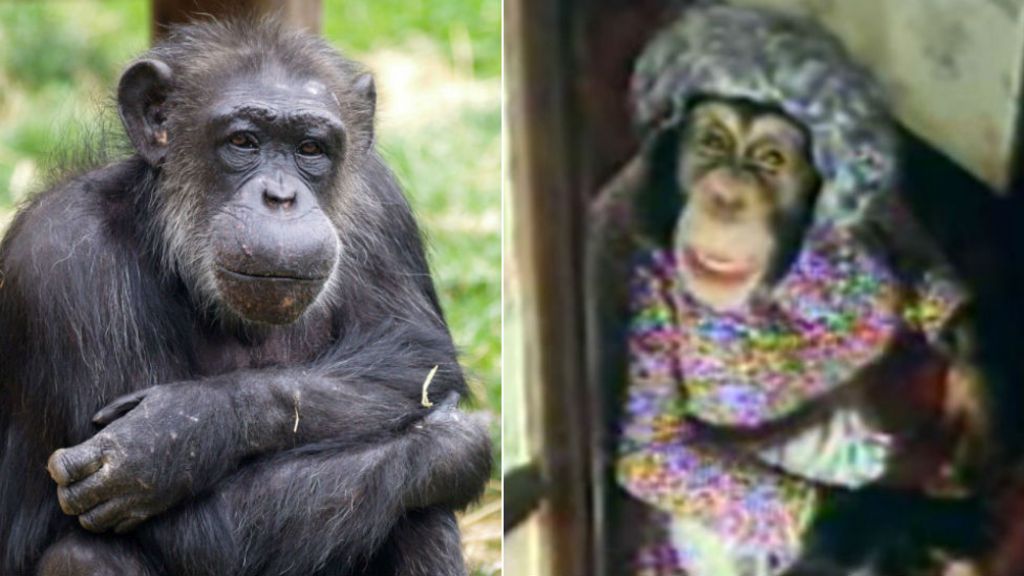 The last of the original PG Tips chimpanzees has died at Twycross Zoo.

Choppers, who was 48, played Ada in the memorable adverts which were broadcast on TV from the 1950s.

The zoo said the “much-loved” ape had signs of heart and liver failure and the decision to put her to sleep was made on Wednesday.

In 2014, the zoo told the BBC the use of apes on television had been wrong and Choppers was “mixed up” as a result.

Chimps like Choppers were trained by Twycross, in Leicestershire.

More on this story and other news in Leicestershire

They were dressed up in clothes and lip-synced with the voices of actors such as Peter Sellers and Bob Monkhouse.

They also appeared in children’s shows Tiswas and Blue Peter and their messy tea parties were a big hit with the public.

After about 30 years, the zoo ended its agreement for its apes to be used in advertising but chimpanzees from abroad still appeared in tea adverts until 2003.

The zoo said Choppers was rescued from poachers in Liberia by a British couple who brought her to be cared for at Twycross.

However, a life in TV had a damaging effect on the ape and it was only in her twilight years that she learned how to behave like a chimpanzee, zoo bosses said.

Her co-habitant Louis, who played Mr Shifter in the PG Tips adverts, died in their enclosure in July 2013.

The zoo said: “Choppers was known for her gentle nature and loved grooming other chimps and interacting with her keepers, whom she was always excited to see.

“She was a much-loved member of the chimpanzee group and she will be sadly missed by all staff at the zoo, as well as her numerous fans.”