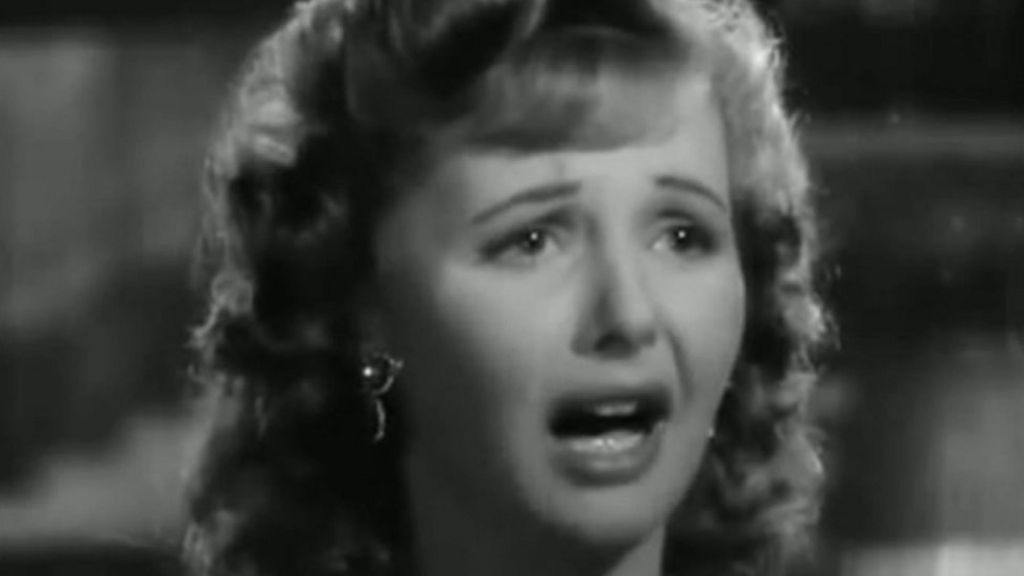 French actress Madeleine Lebeau, the last surviving cast member of the classic 1942 film Casablanca, has died at the age of 92, her family says.

Her stepson, filmmaker Carlo Alberto Pinelli, told the Hollywood Reporter that she had died on 1 May in Spain.

In a famous scene, she tearfully shouts “Vive La France”, after the clientele in Rick’s Café sing La Marseillaise to drown out singing by German soldiers.

Born in 1923 near Paris, she fled Nazi-occupied France with her then husband, prominent actor Marcel Dalio, in 1940.

The couple ended up in Hollywood, and both played in Casablanca.

In the film, Bogart plays an American cafe owner in Morocco, a territory controlled by France’s Nazi collaborationist regime. He must choose between his love for a woman and helping her husband escape Casablanca to continue fighting the Nazis.

Lebeau played in two more US films before returning to France after the war.

Her subsequent work includes the role of a temperamental French actress in Fellini’s 8 1/2 (1963).

Fire breaks out on EastEnders set