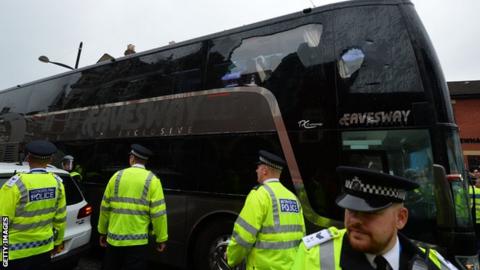 West Ham’s home match against Manchester United – the last game at Upton Park – has been delayed until 20:30 BST with visiting captain Wayne Rooney saying their coach “got smashed up”.

“It wasn’t nice,” said Rooney. “But we’re here now so have to prepare for the game and go out and do our job.”

The Hammers move to the Olympic Stadium for the start of next season after 112 years at Upton Park.

Spending review plans due in November

Jogger's head banged against a tree