Lawrence plays the heroine Katniss Everdeen in the hit franchise

Jennifer Lawrence has joined her castmates at the UK premiere of the penultimate Hunger Games movie, Mockingjay Part 1, in London.

The 24-year-old actress spent time signing autographs and posing for fan selfies at the event on Monday night.

Lawrence has reprised her role as Katniss Everdeen in the adaptations of the best-selling teen fiction books. 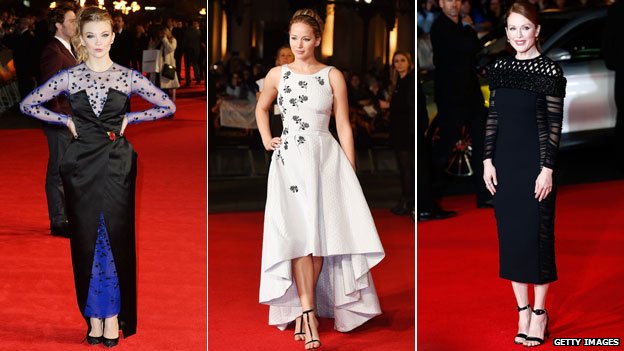 The film also features one of the final screen performances of later actor Philip Seymour Hoffman.

Speaking at the press conference earlier in the day, the films’s director Francis Lawrence described Hoffman’s death in February as “a horrible, horrible thing,” adding “he was a friend, he was a great guy, he was a fantastic actor and it was something we never got over”.

At the film’s premiere in Leicester Square, fans queued for hours to catch a glimpse of stars including Oscar-nominee Julianne Moore, Donald Sutherland and British actors Sam Claflin and Natalie Dormer. 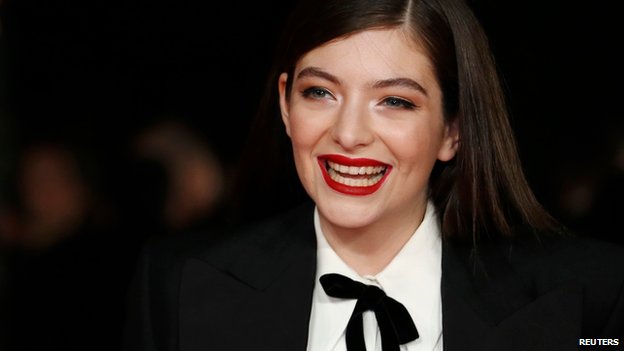 Lorde’s track is played over the closing credits

Lawrence told reporters: “It’s amazing to see so many fans here. Someone gave me a photo of a Shetland pony to sign. I don’t know what it means but it’s still making me laugh now.” 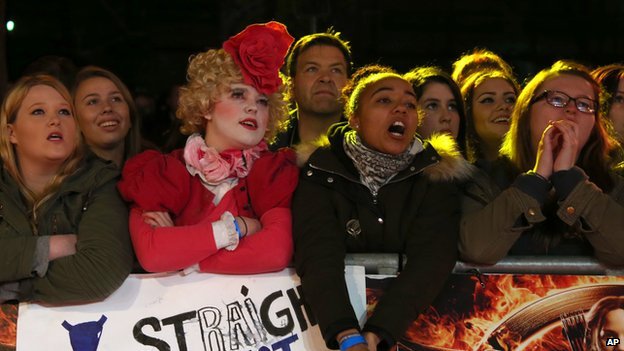 Some fans dressed as characters from the film

New Zealand singer Lorde wrote and composed the theme song from the film, which is due to be released in the UK on 21 November.

THE ONLY ADVANCED WARFARE YOU’LL EVER NEED.