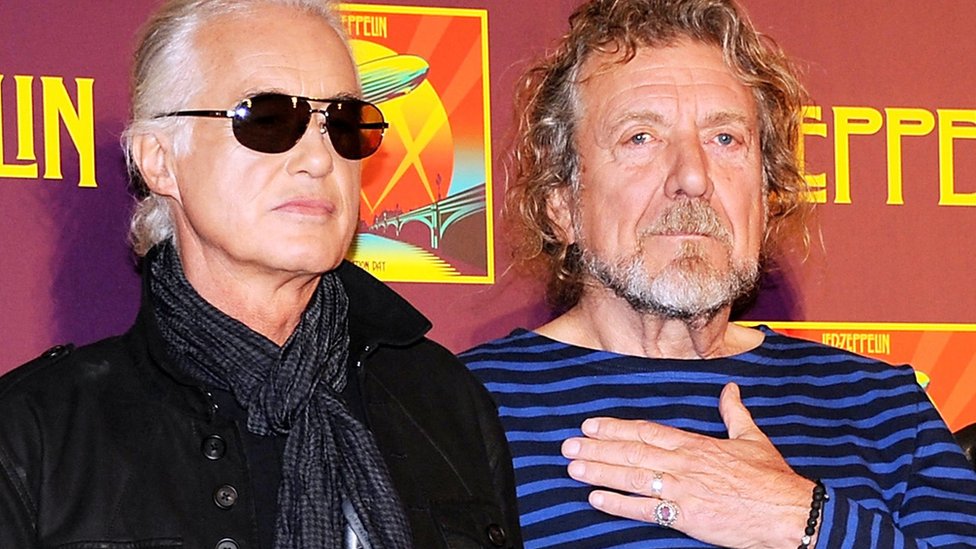 Lawyers for Led Zeppelin have asked a judge to throw out a case accusing the band of stealing the riff for Stairway to Heaven.

Singer Robert Plant, guitarist Jimmy Page and Warner Music argue that the prosecution have failed to make their case after three days of testimony.

US District Judge R Gary Klausner is expected hear arguments on the motion when the trial resumes on Tuesday.

The band are accused of basing Stairway on the 1968 Spirit song, Taurus.

The case was brought Michael Skidmore, who runs the estate of Spirit’s late guitarist, Randy Wolfe.

In court, Skidmore’s lawyer, Francis Malofiy played both songs and attempted to establish that Page heard the song prior to writing Stairway to Heaven.

The guitarist testified that he had not heard the Spirit track until a few years ago, and said the chord sequence was also similar to the Mary Poppins’ song Chim Chim Cher-ee.

However, musicologist Dr Alexander Stewart told the court that the chord progressions in Taurus and Stairway “both skip the E before resolving on an A note in an unusual way”.

The prosecution rested on Friday, and lawyers for Led Zeppelin filed to have the case dismissed on Monday.

The defendants argue that Malofiy failed to put the copyright registration of Taurus into evidence; that the Wolfe Trustee does not own that copyright; and that he failed to establish that Led Zeppelin had heard Taurus before writing Stairway to Heaven.

If the judge rules against the motion, the defence will start their case on Tuesday, with Robert Plant and bassist John Paul Jones expected to testify.